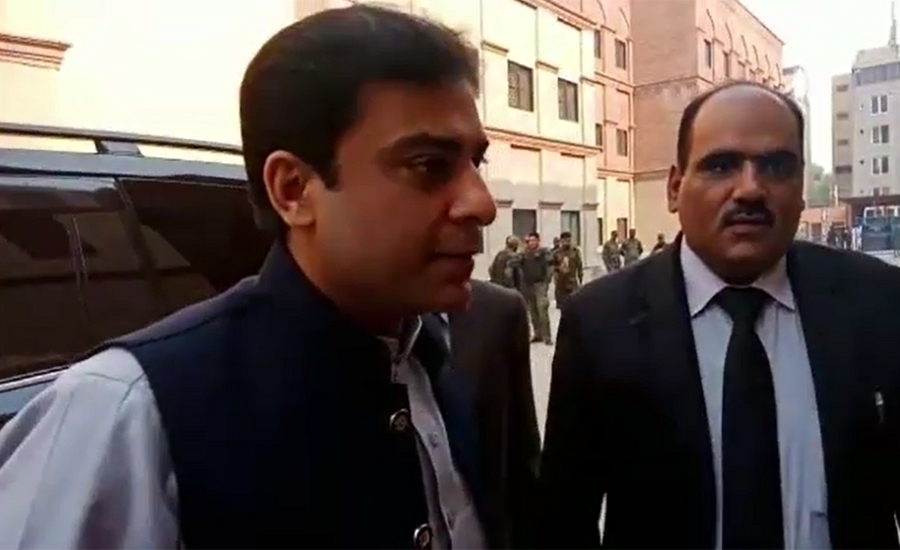 LAHORE (92 News) – The FIA authorities offloaded Opposition Leader in the Punjab Assembly Hamza Shehbaz from a Doha-bound flight at Lahore Airport on Tuesday. He has been stopped from leaving for London as he is wanted by the National Accountability Court. Meanwhile, the NAB has recommended that the names of Hamza Shehbaz and Salman Shehbaz should be placed on the ECL. After getting the boarding card, Hamza Shehbaz reached the Immigration counter where he was told that his name was on the black list because a NAB inquiry was underway against him. Hamza Shehbaz told the FIA officials that he was not wanted by the NAB in the inquiry. The NAB is investigating the assets beyond income case against him. He is on protective bail to evade his arrest.