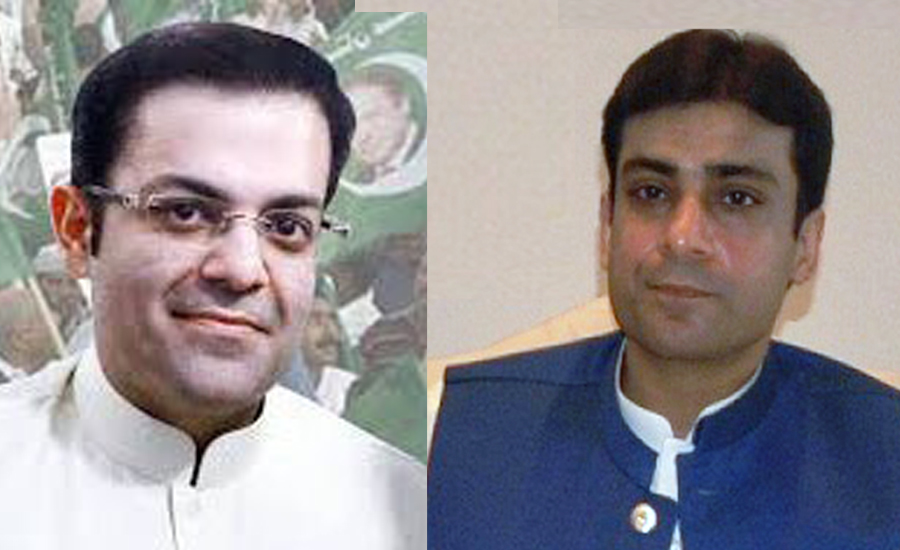 ISLAMABAD (92 News) – Opposition Leader in Punjab Assembly Hamza Shehbaz and his brother Salman Shehbaz ignored the National Accountability Bureau’s (NAB) summon. As per reports, Hamza disregarded the NAB’s summon and left for Islamabad to attend his party meeting on Tuesday. The Lahore NAB had summoned Hamza Shehbaz to appear before it in connection to a case of plundering the national exchequer. Preferring to attend his party meeting, the leader of opposition decided to skip his appearance before the NAB officials and went to Islamabad to participate in PML-N session. It is pertinent to mention here that the son of former chief minister, Hamza Shehbaz, was alleged for using funds from the national kitty to build a bridge for Ramzan Sugar Mills in Chiniot. Brother of Hamza, Salman Shehbaz, was also directed to appear in the case, but he had already gone to London. On November 2, the anti-graft body has again instructed both the brothers to present themselves for interrogation into a case of owning assets beyond means. It is worth mentioning that the father of duo brothers already in the custody of the NAB. Former Punjab chief minister Shehbaz Sharif was arrested in the Ashiana Housing scandal.