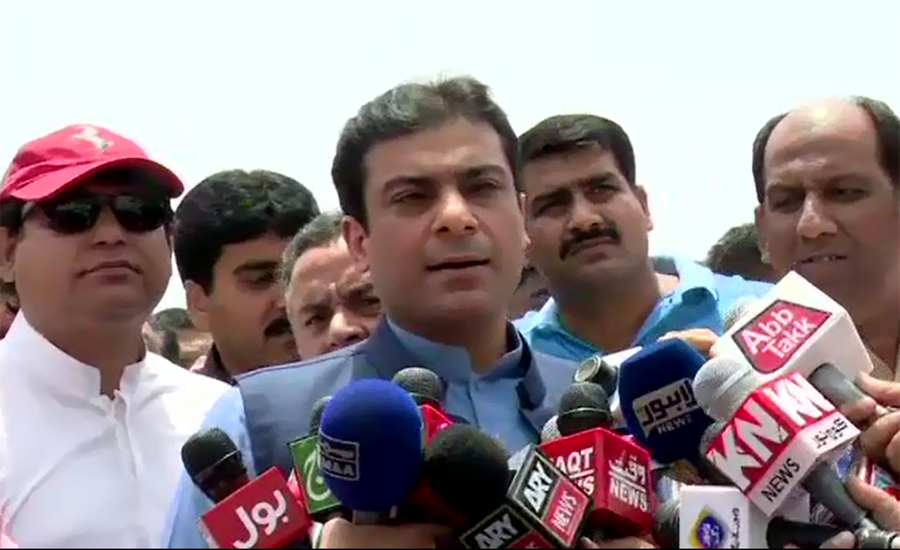 LAHORE (92 News) – PML-N MNA Hamza Shehbaz appeared before the National Accountability Bureau and recorded his statement in the Saaf Pani Company case on Friday. A NAB team interrogated him for one and a half hours and later he was given a 13-question questionnaire. He has been asked what he was doing in the meeting of the private company board when he was not a board member. He will submit a written reply in response to the next appearance on May 24. Talking to the media after his appearance, he said that NAB appearances are not a new thing. He said that he was forced to sit outside NAB offices for hour during the Musharraf era. “There is no difference between Hamza Shehbaz and a common man when his conscience is not guilty,” he said.