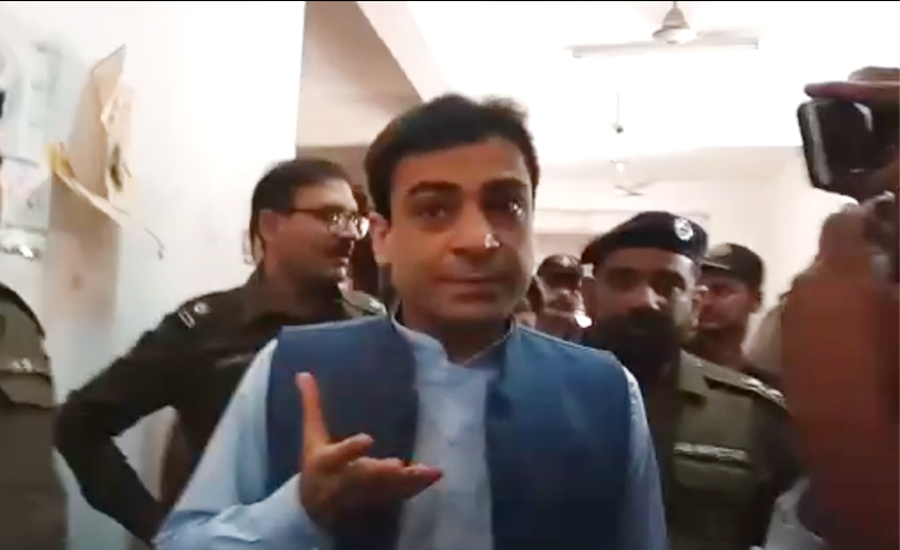 LAHORE (92 News) – An accountability court on Friday extended the judicial remand of Opposition Leader in Punjab Assembly Hamza Shehbaz till March 13 in assets beyond income case. Hamza Shehbaz Sharif was presented before the court of Judge Jawadul Hassan under tight security. The court had to indict PML-N leader today but due to the absence of duty judge, the Punjab Assembly opposition leader will now be inducted on March 6. The accountability court has summoned PML-N leader to appear before court on March 6 and extended his judicial remand including six other accused in money laundering case till March 13. The court was then adjourned till March 6. Earlier, the Lahore High Court (LHC) dismissed the bail plea of PML-N leader Hamza Shehbaz in the assets beyond income case. A two-member bench headed by Justice Mazahar Ali Akbar Naqvi announced the verdict. His counsel said that Hamza Shehbaz does not face the allegation of misuse of powers. “We have provided the record demanded by the NAB,” he said. On February 6, the Lahore High Court (LHC) had granted bail to Opposition Leader in the Punjab Assembly Hamza Shahbaz in the Ramazan Sugar Mills case. A bench comprising Justice Syed Mazhar Ali Akbar Naqvi and Justice Chaudhry Abdul Aziz heard bail plea of Hamza Shahbaz. During the hearing, the court asked the National Accountability Bureau (NAB) prosecutor that how many total directors in Ramazan Sugar Mills. “You have no answer to the court’s questions,” the court remarked. To reply, the NAB prosecutor said that there are seven directors of Ramazan Sugar Mills but not everyone is named at the moment but Hamza Shahbaz is the CEO of Ramazan Sugar Mills. “It appears that you have not touched the file of the case,” the court remarked. After the hearing, the court granted bail to Hamza Shahbaz in Ramazan Sugar Mills reference.