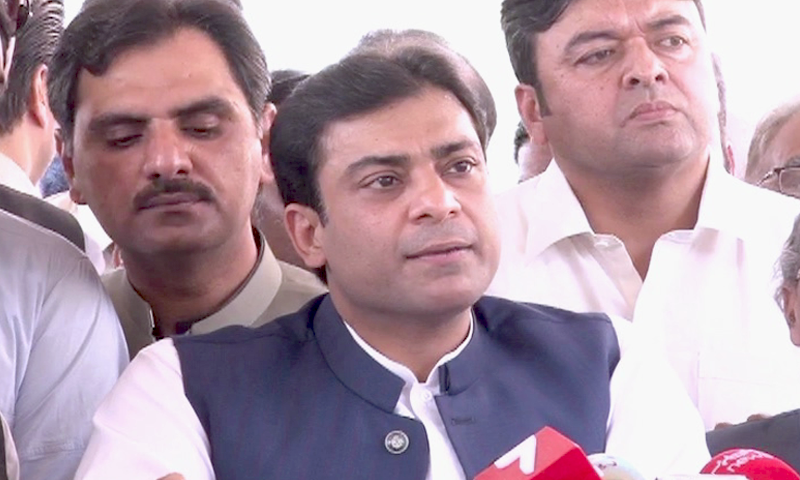 LONDON (92 News) – Leader of the Opposition in Punjab Assembly Hamza Shehbaz Sharif’s newborn daughter has been diagnosed with a serious cardiac issue. According to the reports, the doctors have advised the parents that she must undergo a life-saving surgery. The baby girl was born with a serious cardiac situation and was admitted in the Intensive Care Unit (ICU) of the private hospital.

Hamza departs for London, likely to return in Feb 13

Earlier on Feb 13, Hamza Shehbaz departed for London on Sunday and is likely to return. Hamza Shehbaz’s left country after the Lahore High Court (LHC) granted him permission to travel abroad. Hamza headed to London via Doha on a Qatar Airways flight. Hamza’s counsel Advocate Azam Nazeer Tarar informed the LHC of his travel plans prior to departure It was reported that the opposition leader will return to the country in 10 days.

The Lahore High Court (LHC) had allowed Opposition Leader in the Punjab Assembly Hamza Shehbaz to go abroad.  The court also issued notices to the federal government, seeking a reply on the issue within 15 days. Hearing the petition, Justice Furrukh Irfan Khan expressed his indignation at the National Accountability Bureau (NAB), saying that the parliament should be abolished if the NAB has to run the country. The NAB counsel stated that Hamza Shehbaz had not contacted the forum concerned. “Ishaq Dar had gone by the PM plane and did not return till now,” he said. Justice Furrukh Irfan Khan remarked that the a citizen’s freedom to move cannot be ended even though a half of the country goes abroad and does not return. Earlier, Hamza Shehbaz had filed a petition in the LHC seeking removal of his name from the no-fly list. In the petition, Pakistan Muslim League-N leader adopted a stance that his name was included in the no-fly-list illegally. He also said that his name should be removed as he had cooperated fully in NAB’s investigation. Hamza Shehbaz also said that he wanted to go abroad on behalf of medical ground. He pleaded to the court to order for removing his name from the exit control list (ECL). On Dec 11 last year, the FIA authorities offloaded PML-N leader from a Doha-bound flight at Lahore Airport. He has been stopped from leaving for London as he is wanted by the NAB.