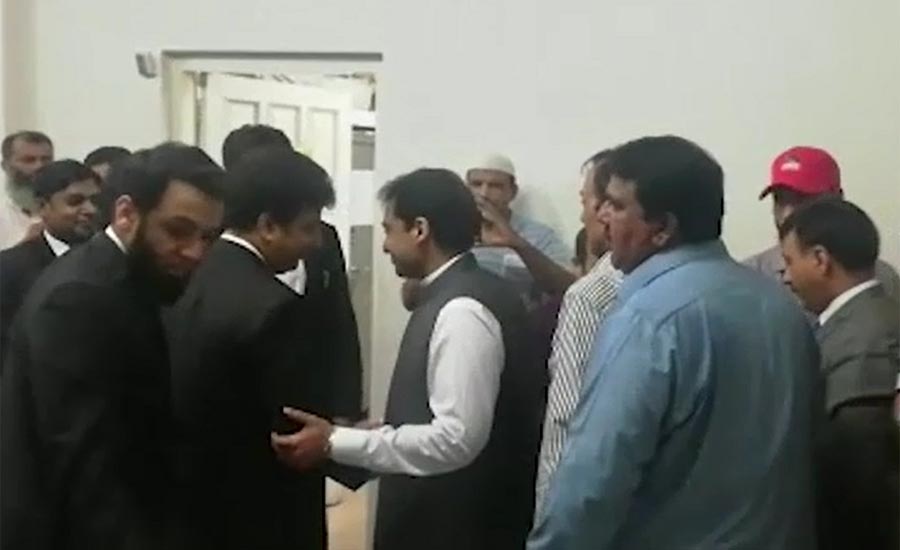 LAHORE (92 News) – Accountability Court Judge Jawadul Hassan extended the physical remand of PML-N leader Hamza Shehbaz for 14 days in the Ramazan Sugar Mills and money laundering cases. The court ordered to produce Hamza Shehbaz again on July 10. The NAB prosecutor said that they were collecting data of assets and foreign transactions. “Hamza was asked about the transactions, but he did not respond to the question,” he said. The prosecutor said that Hamza had not informed about the sources of Rs190 million. “No record of his wealth statement is available from 2005-09,” he said, adding that five companies were made during this time. Talking to the media after the hearing, Hamza Shehbaz said that 200 percent increase in the gas prices is like a suicide attack. “The time is not far when the people would be at the doors of the rulers,” he said. The PML-N leader said that they all would have to rectify economy. Earlier on June 12, the court had remanded Opposition Leader in the Punjab Assembly Hamza Shehbaz in the custody of the National Accountability Bureau (NAB) for 14 days.