Handful of caravan migrants launch hunger strike at US border 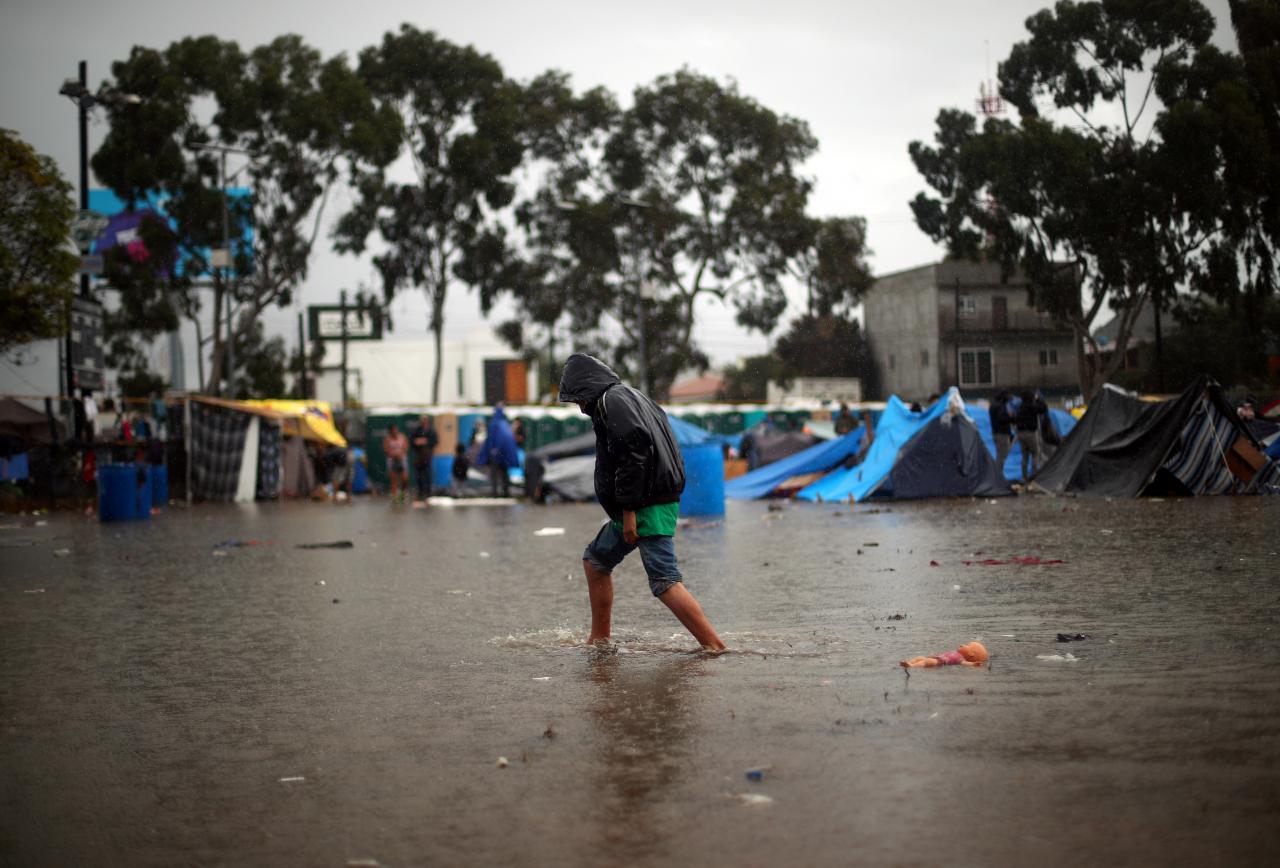 Handful of caravan migrants launch hunger strike at US border

TIJUANA, Mexico (Reuters) - A handful of the thousands of Central American migrants camped out at the US-Mexican border waiting to plead their case for asylum in the United States launched a hunger strike on Thursday to protest the Mexican police blocking their way. Members of the 6,000-strong caravan, mostly migrants from Honduras, have been sleeping outdoors, on cold floors or on mats in an overcrowded shelter since they arrived in Tijuana city across the border from San Diego, California, three weeks ago. Mexican immigration authorities on Thursday began transporting some of the migrants via buses to a new shelter to help lessen the strain. Under the harsh immigration policies introduced by the administration of President Donald Trump, US border officials say they may have to stay put in Mexico for months before they can petition the authorities. US customs and border control officers fired tear gas canisters into Mexico at dozens of migrants who tried to rush border fencing on Sunday. On Thursday, as a steady rain fell and partially flooded the sports complex serving as the main shelter, it was Mexican police who stopped more than a dozen migrants from the caravan approaching the nearby El Chaparral border crossing. “What the police are doing is unfair. The truth is we are fighting for our rights,” said one of the migrants, Gerson Madrid, a 22-year-old Honduran who started the trek to the United States in early October to better provide for a young daughter he left behind. Madrid said the group was starting a three-day hunger strike to draw attention to the standoff. “Why are (the police) treating us like this if we’re not causing them or the Mexican people any trouble?” he said. Officials with Mexico’s human rights commission said the new facility opened on Thursday is bigger than the sports complex, which can handle only about 2,000 people, and will ensure migrants are not forced to sleep out in the open. Overcrowding along with cooler temperatures and rain has already helped spread illness among migrants, including flu-like sicknesses, lice and chicken pox, according to city officials who declined to be named because they were not authorized to speak to the media. Despite the conditions, many caravan migrants appeared determined to wait as long as it takes, with more than 600 applying for work permits in Mexico earlier this week, according to Mexican officials. Trump has threatened to “permanently” close the US-Mexican border if Mexico does not deport those gathered in Tijuana. Mexico’s government has pushed back, arguing that the migrants have a right to ask U.S. officials for asylum. UN agencies said this week asylum seekers fleeing violence or persecution are entitled to lodge claims to obtain sanctuary.