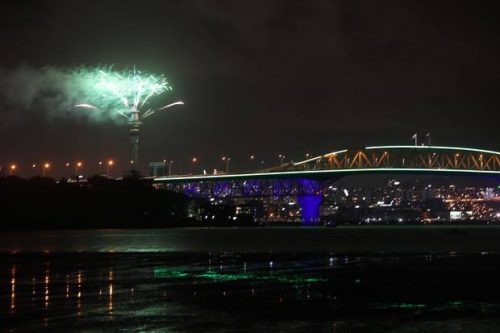 Revellers across the globe will be gearing up for one of the biggest nights of the year – as thousands gather to watch fireworks and party well into the night. Kiwis around the country have flocked to bars, restaurants, music festivals and waterfront vantage points to catch stunning fireworks displays tonight and celebrate the New Year. Mostly fine weather is helping partygoers see in 2019. 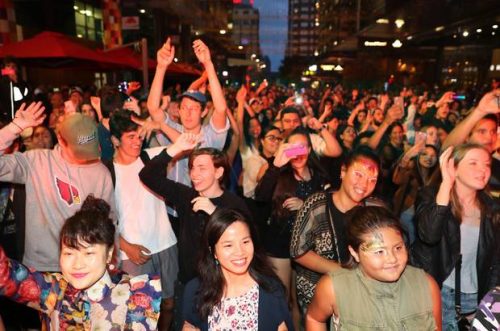 But as the booze begins to flow freely around the country and behaviour rapidly descends into revelry, Kiwi emergency services are "gearing up" for their most demanding night of the year. With emergency 111 ambulance calls projected to triple tonight, St John has over 105 additional frontline personal, and 80 additional response vehicles at the ready across New Zealand. 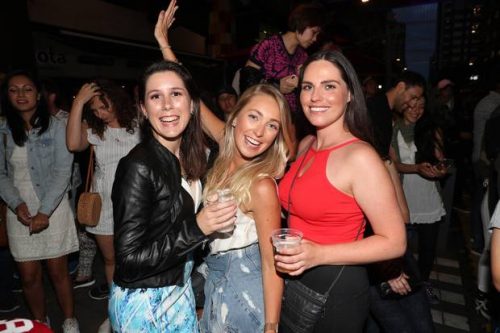 An early New Year’s headache for St John came around 8pm tonight, with the discovery of drugs made with pesticides and paints at Gisborne's Rhythm and Vines festival. A push-notification to festival-goers' phones was issued notifying them of the health risk, after the drugs were seized today. The were found in a car by security in fake MDMA pills. – Fun for all the family – Auckland’s fireworks are proving a star draw card for families and visitors to the city as a constant stream of people wander the Wynyard Quarter waterfront. With the city skyline as a back drop and the sound of grooving Latino tunes coming from the bars, partygoers are building towards midnight by drinking in groups at footpath tables, while children whish past on scooters followed by their parents. 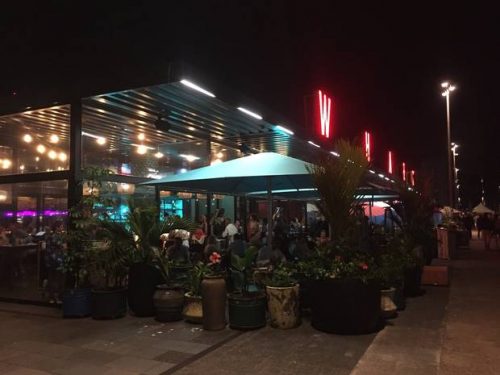 Wynyard Quarter is also a hotspot for tourists with cameras in hand, while couples also pass by arm-in-arm looking for a quiet spot to sit ahead of the sky lighting up at midnight. Sydneysider Brad Harris said he had flown across the ditch to meet an old mate he hasn't seen in 20 years. The pair were drinking at an outside table at North Park on the waterfront with the in-house band playing behind them. "It's fantastic down here - full of people, good service, top atmosphere and a great band," Harris said. – Happy New Year Eve 2019 in Australia – 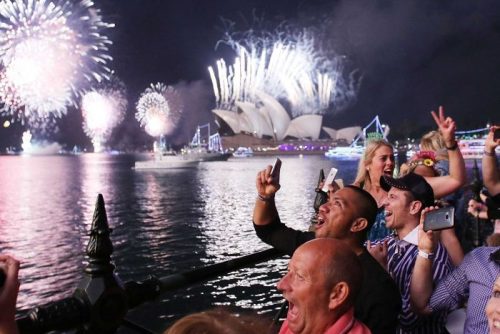 Australia welcomed 2019 in with a bang, with fireworks across the country set to be bigger and better than ever. Capital cities over the country have pulled out all the stops to prepare a range of displays with special effects and some never-before-used fireworks. A group of people celebrate next to the water, with Sydney Opera House in the background lit up by fireworks. 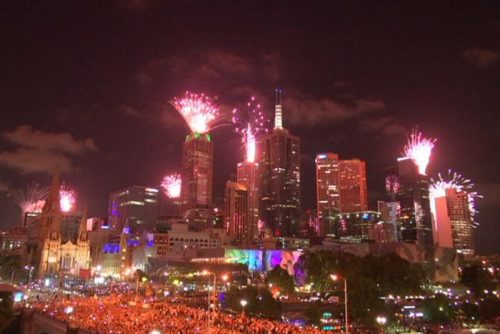 Sydney's highly anticipated midnight fireworks displayed over the harbour included two new colours — lime and peach — thanks to new technology that allows for the use of more pastel colours. There also showed pulsating fireworks, to represent this year's theme, The Pulse of Sydney. A family fireworks show started at 9:00pm, followed by Calling Country — a celebration of Australia's Indigenous heritage. Thousands of extra buses and trains run on Monday and into the early hours of Tuesday, however commuters are urged to plan ahead. 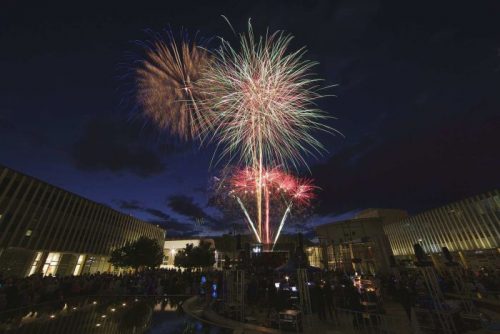 Trains won't stop at Circular Quay from 5:00pm until midnight due to the anticipated large crowds. Wynyard, Town Hall or Martin Place stations can be used to access the harbour foreshore. Trains from the city to the north shore won't stop at Milsons Point from 6:00pm until midnight — but you can get off at North Sydney to continue your trip. Bus services into and out of the city will also use different routes and stops while road closures are in place. Ferries will be busy — plan to arrive early and have a plan B. No ferries will operate in the harbour from 8:00pm until 12:54am.