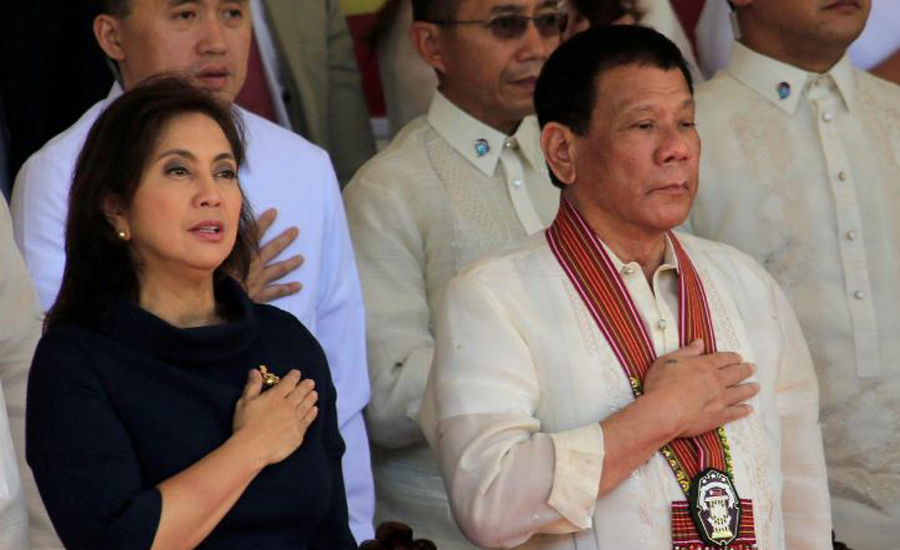 MANILA (Reuters) - The last time aides of Philippine President Rodrigo Duterte sent a text message to his vice president, it was to tell her to stay away from his cabinet meetings. But after three years in the cold, Leni Robredo is being welcomed back to Duterte’s cabinet as his “tsar” in a war on drugs in which thousands of people have been killed. Robredo, a 54-year-old who was elected separately to Duterte, has called the campaign ineffective and out of control. “We don’t even know the numbers anymore. We do not know how many died because of the drugs war because government has not been transparent,” she said in an interview with Reuters last month. Robredo’s allies see the job offer - to co-chair an inter-government panel on drugs along with the head of the anti-drugs agency - as a poisoned chalice. They say she is being set up to fail, a play to humiliate one of Duterte’s few remaining rivals to challenge his popular autocracy ahead of 2022 elections. Robredo has however accepted the job, possibly setting her on a collision course with the president. “They are asking me if I am ready for this job. My question is: Are you ready for me?” Robredo said. In the Oct 23 interview, she said abusive police should be stopped, and the United Nations be allowed to conduct its investigation into allegations of systematic executions and cover-ups by police. The Duterte administration rejects that as foreign interference based on lies and distortion, and backs the police. OPPOSITION HARASSMENT Robredo is facing possible sedition charges alongside 35 other opponents of Duterte, among them lawyers, priests, lawmakers and a former attorney general, which some officials say could result in a second impeachment attempt against her. Duterte has publicly threatened activists, a U.N. special rapporteur, a U.N. human rights chief, and an international war crimes prosecutor, and called the Philippines’ top human rights official a paedophile. Other targets include a senator who has been in police detention since 2017 on drugs charges after her Senate investigation into drug war killings. Another senator was charged with kidnapping, and a Supreme Court Chief Justice who opposed some of Duterte’s policies was removed. According to Antonio Tinio, a unionist and former congressman, Robredo’s appointment is part of moves to discredit those who could complicate the succession of Duterte, who is restricted to only one six-year term. “Duterte is very aware that if someone from outside of his camp is elected president it’s very likely he will end up in jail. It’s about self-preservation,” said Tinio, who was last year charged with child abuse after the president’s daughter posted pictures on Instagram of minors attending his political rally. “As vice president, she has the stature, she’s respected by the international community and that’s why Duterte at the moment is paying attention to what she says.” Robredo told Reuters she was yet to decide whether she would run in 2022 for the presidency, a contest typically won on personality rather than party or policy. A former human rights lawyer, she was thrust into politics after her husband, then interior secretary Jesse Robredo, was killed in a 2012 plane crash. She has three daughters. By challenging the hugely popular Duterte, Robredo has had a rough ride, subjected to what she says is an organised campaign of online trolling and fabricated news stories that she said originates from influencers linked to government.

The worst, she said, were abuses and sexual harassment of her and her daughters. “In the age of fake news, in the age of trolls, it is difficult to be a woman politician, especially like me who doesn’t have a husband,” Robredo said. “Somebody like me is an open target. I am very vulnerable.” Robredo likened the crackdown on dissent to the martial law era of late dictator Ferdinand Marcos, demonstrating a slide towards authoritarianism, and a climate of fear. “We see a very strong, very popular leader who is trying to take advantage of the popularity by trying to stifle the opposition, and trying to weaken the institutions,” she said. She added: “There are very, very few of us that are speaking out”. During the interview, Robredo said Duterte’s bellicose rhetoric was encouraging police abuses in a drugs war that had spiralled out of control. It is unclear whether Robredo will have any power to change that. Presidential spokesman, Salvador Panelo, sidestepped questions about her remit, but on Thursday said Duterte was sincere in his support for her. “People say this will make or break you,” he said. “Prove us wrong in that you can hack it. This is your time.” Nicole Curato, an associate professor at the University of Canberra said Robredo had a track record of engaging the right people to find solutions. “Whether these proposals will carry weight is another story, but at least alternative approaches to the bloody drug war are put on the table,” she said.