Hard to swallow: emerging markets get tougher for drugmakers 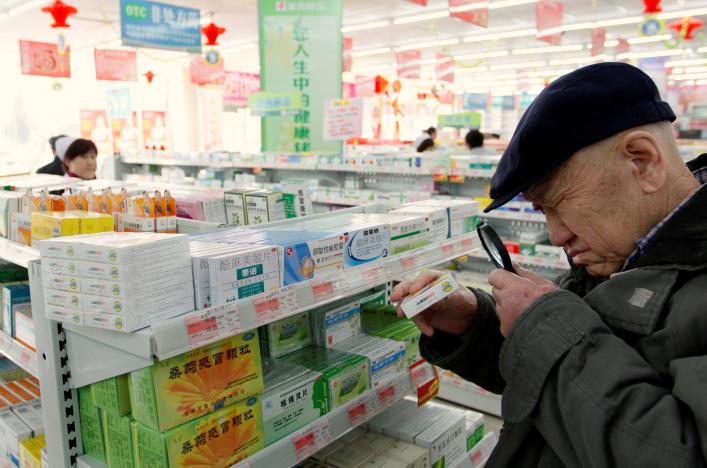 Hard to swallow: emerging markets get tougher for drugmakers

LONDON - Emerging markets have lost their luster for Big Pharma making drug firms ever more dependent on the United States for growth just as American anger over high medicine prices is building. A few years ago, the developing world was seen as a savior as patent after patent expired across the United States and Europe, but emerging market sales growth at the top drug firms slowed to less than two percent in the latest quarter. Forecasts from independent experts IMS Health now suggest the United States will account for 55 percent of sales growth between 2016 and 2020, with emerging markets only contributing 30 percent. The slowdown in China and other top emerging markets is being driven by a number of factors: government pressure on drug prices, slowing economies and in some cases significant currency devaluations. But the end result is that prescriptions for Americans will fund an even greater slice of the $1 trillion-a-year pharmaceuticals industry. Company executives insist markets from China to Colombia to Mexico to Myanmar are an important engine of long-term growth, given rising populations, increasing wealth, and the global march of diabetes, heart disease and cancer. "We have seen some flattening of growth, notably in Brazil and Russia, but in the long run we still expect that emerging markets will outgrow mature markets by 2 to 3 percentage points," Olivier Charmeil, who heads up emerging markets operations at French drugmaker Sanofi, told Reuters. GlaxoSmithKline's incoming chief executive Emma Walmsley, meanwhile, highlighted the potential of China, saying after being appointed to the top job this week that she was "very excited about what we can do with GSK there". NOT PRETTY But the short-term picture is not pretty. Emerging market growth is the slowest since drug companies started breaking out such regional sales numbers about seven years ago, with GSK languishing at the bottom of the class. GSK's drug sales in China fell 14 percent in the three months to the end of June as the company continued to reshape its business following a damaging corruption scandal in 2013, leaving a question mark over whether it can return to growth this year as hoped. Others are doing better in China, which is now the world's second biggest drugs market behind the United States, but all are struggling with slowing sales growth, which slipped to its lowest rate since 2008 in July. "Across the board, we are seeing emerging markets register lower growth in local currency and in many cases there have also been big currency devaluations," said Murray Aitken, IMS Health senior vice president and executive director. The pharmaceutical industry tends to measure its sales performance in local currencies but in dollar terms devaluations wiped an estimated 77 percent off emerging market growth between 2013 and 2015, IMS calculates. "Some of our biggest emerging markets have seen huge currency devaluations," said Christophe Weber, CEO of Takeda Pharmaceutical, which ramped up its exposure to new markets in 2011 by buying Swiss group Nycomed. "But in the long term, when you have a world of more than seven billion people, I feel more comfortable if we are providing our medicines to a wide range of people." RICH PICKINGS Succeeding in developing markets has never been plain sailing, with lower profit margins than developed markets due to competition from low-cost local suppliers and the need for investment. By comparison, the United States offers rich pickings at the moment thanks to hugely profitable new drugs for diseases such as cancer and hepatitis C. That disparity is an issue for investors trying to value growth outside the West, with some of the most highly rated drug stocks being those that have stepped back from emerging markets, such as Bristol-Myers Squibb. Its trades at 21 times this year's expected earnings whereas Sanofi is valued at just 12.5 times earnings. The French firm takes top spot in emerging markets among multinationals, with 29 percent of its second-quarter sales generated there, followed by AstraZeneca on 26 percent, according to Bernstein analysts. Many companies' sales in developing economies come from so-called branded generics, or off-patent medicines that command a premium to those made by local suppliers because the Western drugmaker's name is a proxy for quality. That business is now under threat as governments promote cheaper unbranded products as a route to universal healthcare. "There is a lot of emphasis on providing essential medicines, which is providing growth for cheap local generics but not necessarily for multinational companies," said Aitken. One sign of the tougher times is the relative dearth of acquisitions in emerging markets by international players after a slew of multibillion-dollar deals between 2008 and 2011. Still, Sanofi's Charmeil is scouting: "We are looking for opportunities and if we think it makes sense for our portfolio, we are ready to go for it." -Reuters