DUBAI (92 News) – Marnus Labuschange was chosen to make his Test debut for his batting, with his part-time leg-spin seen as a bonus, but he made a key breakthrough on day two to bring Australia back into the contest.
Pakistan had been cruising, Asad Shafiq and Haris Sohail adding exactly 150 to take the score onto 410/4. They looked set for a mammoth total, but, the ball after bowling a big full toss which was hit for four, Labuschange bowled the perfect leg-break, which spun and bounced and took Shafiq’s outside edge before nestling in Tim Paine’s gloves. The dismissal was the start of a slide of 72/6 with Pakistan eventually bowled out for 482 as Australia surged back into the game. Labuschange credited technical work on the speeds and lengths he bowls as helping him have a productive spell. "I've been working on my bowling for a long time but the last three months specifically, just getting a bit faster through the air and making sure I'm bowling the right length," Labuschagne said. "I’ve been working really hard with Sri [Sridharan Sriram] and John Davison back home, making sure we get that length right. So it was pleasing to see it come off today, I was able to come on and not go for too many runs and also lucky enough to get a wicket as well." 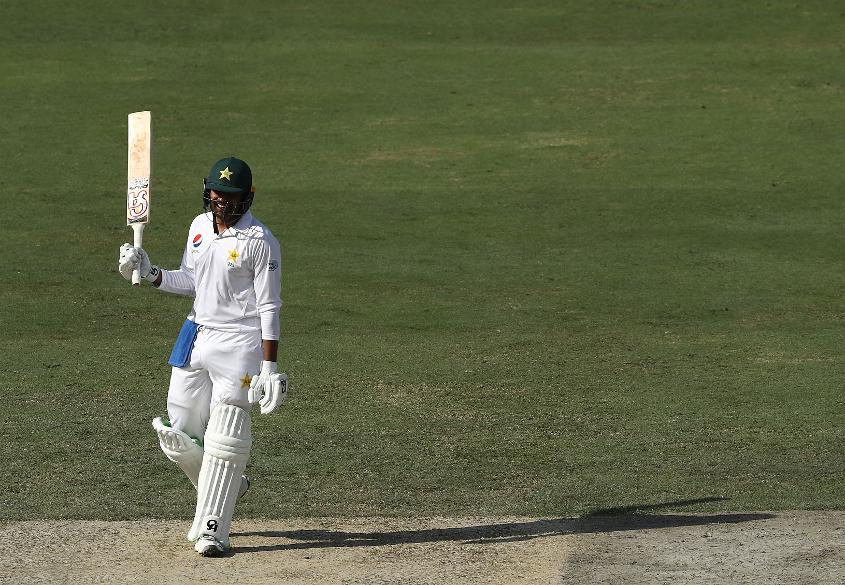 It felt like a day when Australia captain Tim Paine would need to shuffle his pack constantly in hopes of getting a breakthrough. Having a leg-spin option to call upon helped in this regard too. "It was a change-up, a change in momentum, a change in the rhythm of the batsmen and just making them think a little bit differently about how they want to play shots and stuff like that," Labuschange said. "That's probably the key, trying to get them to think a little bit differently with someone who bowls a bit of leg-spin." Australia ended the day with their openers having taken them to 30/0, 452 behind Pakistan’s first innings total. Sometime tomorrow, Labuschange’s main job, with the bat, will begin. But without his part-time skill, his side would surely be much further behind in the game.