DUBAI (92 News) – Pakistan have recalled Haris Sohail for the two-match Twenty20 International series against Scotland in place of the injured Babar Azam. Azam suffered a broken arm during the first Test of the recently concluded series against England, when a Ben Stokes bouncer stuck him on the forearm. He is a significant loss for the touring side, having struck half-centuries in his two most recent Test and T20I innings, including an unbeaten 97 off 51 balls opening the batting against the Windies. 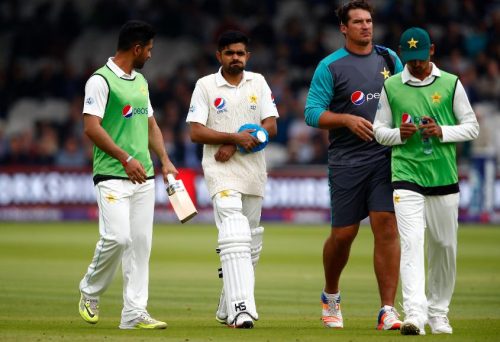