Harold Brown, US defence chief who built, then strove to contain nuclear weapons, dies at 91 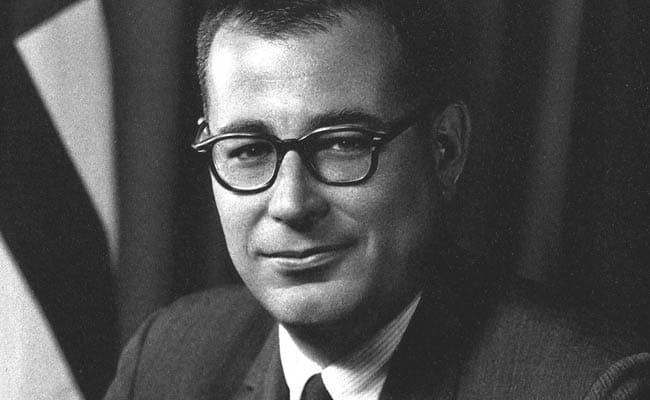 Harold Brown, US defence chief who built, then strove to contain nuclear weapons, dies at 91

WASHINGTON (Reuters) - Harold Brown, an advocate of nuclear arms control who as President Jimmy Carter’s defence secretary tried but failed to win US Senate approval of a key treaty with the Soviet Union, has died at age 91, the think tank where he worked said. Brown, a native New Yorker, was the first scientist to take the helm of the large and complex US military establishment. He was a physicist who received his bachelor’s degree at age 18 and his doctorate at 22. Brown spent his professional life initially developing nuclear weapons and then later striving to control them. He died of pancreatic cancer at his home in Rancho Santa Fe, California, according to the Santa Monica-based RAND Corporation, where Brown served on the board until his death. “Harold Brown understood, perhaps better than any defence secretary before him, the technological complexities and unprecedented dangers of modern warfare,” RAND president and chief executive officer Michael D. Rich said. “He was also an educator and author who made tremendous contributions to the advancement of science and the security of the nation.” Brown became Pentagon chief in 1977 and left in 1981, deeply disappointed that was unable to convince the Senate to back the nuclear arms limitation treaty reached with the Soviet Union in 1979 dubbed SALT II. As defence secretary, he also was involved in planning the botched US military mission to rescue American hostages held in Iran that ended with the deaths of eight US service members in April 1980 and the diminishment of US prestige. “The world is a dangerous place. But it has always been a dangerous place,” Brown told The Washington Post in December 1980. “All we’re offered is a reasonable change to make things work. Because I’m temperamentally an optimist, I believe that’s good enough.” At the Lawrence Livermore National Laboratory, Brown played a key part in designing the Polaris missile warhead but arms control was fundamental to his national security thinking. He worked in the Pentagon during the presidency of Lyndon B. Johnson and served during the Nixon administration as a member of an arms control delegation for talks with the Soviets. In 1979 he strongly supported SALT II, signed by Carter and Soviet leader Leonid Brezhnev after seven years of talks, and served as the Carter administration’s chief spokesman in trying to win Senate approval. The treaty faced resistance not only from Republicans but from within Carter’s own Democratic Party. As the Senate sharply debated it, Americans were taken hostage when militants seized the US Embassy in Tehran in November 1979. The Soviets invaded Afghanistan the next month, and Carter withdrew the treaty from Senate consideration. The treaty restricted the number of Soviet and American strategic weapons at a dangerous period of the Cold War. Before becoming president, Reagan rejected the SALT II treaty as lopsided in favour of the Soviets. But he and the Soviet Union observed its major limitations until 1986. Reagan moved ahead with fresh arms control efforts. Brown also decided not to produce the B-1 bomber, a move that prompted one Republican congressman to say, “They’re breaking out the vodka and caviar in Moscow.” But Brown backed the development of “stealth” technology. After Reagan beat Carter in 1980, his Defense Secretary Caspar Weinberger said his mission was “to rearm America.” Brown served as president of one of the top universities in the United States, the California Institute of Technology, from 1969 to 1977. Before that, he served as secretary of the U.S. Air Force and director of defence research and engineering under Defense Secretary Robert McNamara. Brown’s wife Colene died last year, the RAND Corporation said.