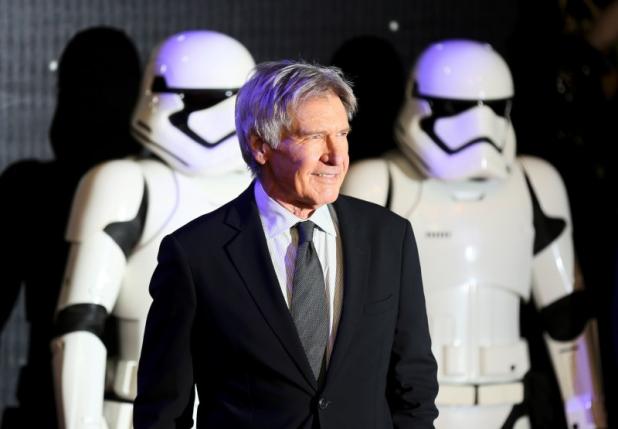 LONDON - A production company that was involved in making "Star Wars: The Force Awakens" will face criminal charges over an incident during filming in which Harrison Ford broke his leg, Britain's Health and Safety Executive said.

The actor was injured when he was struck by a heavy hydraulic metal door on the set of the Millennium Falcon, his character Han Solo's famous spaceship, on June 12, 2014 at Pinewood Studios, northwest of London.

"By law, employers must take reasonable steps to protect workers. This is as true on a film set as a factory floor," the state agency, which enforces health and safety regulations, said in a statement.

"We have investigated thoroughly and believe that we have sufficient evidence to bring the case to court."

The firm, Foodles Productions (UK) Ltd, could not immediately be reached for comment. The agency said that under British law it was responsible for managing the risks created during filming.

Ford, who was 71 at the time, was airlifted to a hospital in Oxford after the incident and later underwent surgery on his left leg.

Foodles Productions will appear at High Wycombe Magistrates Court on May 12 to face four charges under Britain's health and safety laws.

With global ticket sales worth $2 billion so far, "The Force Awakens", the seventh installment of the Star Wars saga, is the third highest-grossing movie in Hollywood history, behind "Avatar" and "Titanic". -Reuters