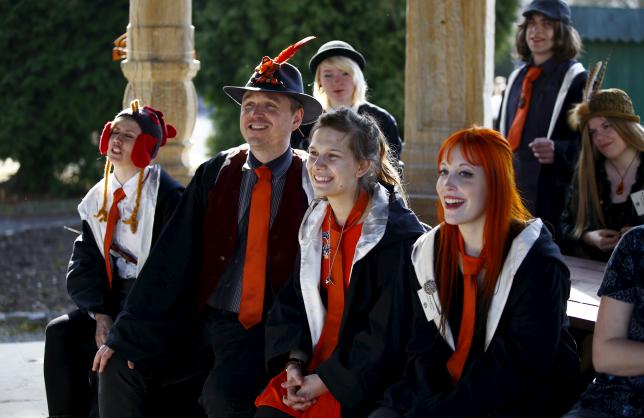 CZOCHA, POLAND - Clad in robes and pointed hats, would-be sorcerers wave their wands and cast spells as they hone their magic skills at their very own College of Wizardry. In scenes inspired by Hogwarts from the Harry Potter fantasy series, the students mix potions, tame magical creatures roaming the nearby forest, explore hidden basements and visit local taverns. Poland's Czocha Castle on Thursday opened its doors to 130 would-be witches and wizards for a four-day live-action role play (LARP) inspired by the hugely successful books by J.K. Rowling. Some 130 participants from 17 countries, ranging in age from 18 to 60, have traveled to the fairy-tale-like castle in western Poland for the $375 event, where they take on the role of students and teachers -- and ghosts. In a set-up diverging from Rowling's fictional world, where the young Potter learns about wizardry at Hogwarts while fighting off the dark arts, students are sorted into houses, such as Durentius, Faust, Libussa, Molin and Sendivogius. [caption id="attachment_15421" align="alignnone" width="500"] 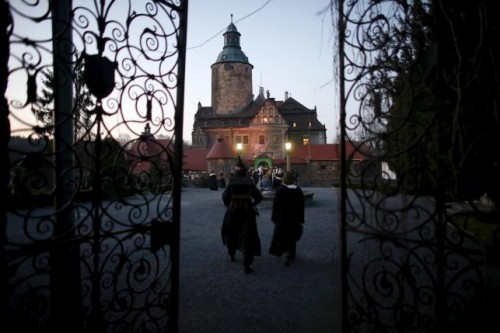 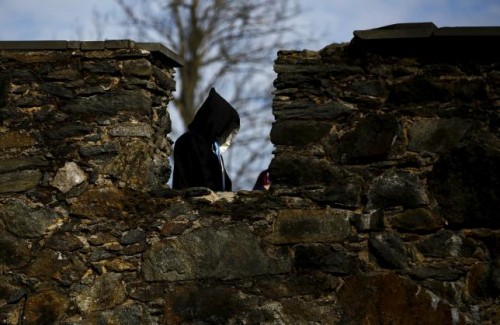 A participant walks near a castle defense wall before the role play event at Czocha Castle in Sucha, west southern Poland April 9, 2015.[/caption]   They are given wizardry school books and follow a curriculum made up of classes such as "Physical Defence", "Magical Theory" and "Geomancy". "When doing a game like this, we try to simulate a pretend magical college. So it means some people play professors, some play students," said Claus Raasted, organizer and game master at the College, adding there were rules in place to simulate magic. "It's very simple. You point your wand at somebody, and say, "Silencio!". And then if you think that's cool then you become silent, and if you think that's boring, then you think, "Oh, that spell didn't work". Or maybe you don't understand what's going on and you do something completely different." [caption id="attachment_15423" align="alignnone" width="500"] 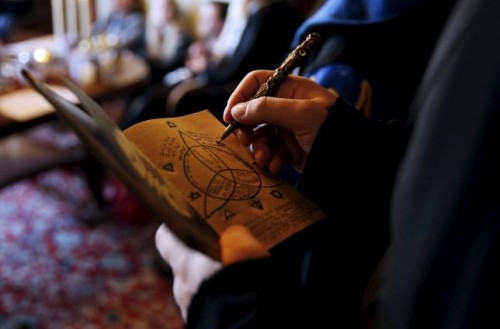 A participant draws on his 'secret book' during a workshop before the role play event at Czocha Castle in Sucha, west southern Poland April 9, 2015[/caption] [caption id="attachment_15424" align="alignnone" width="500"] 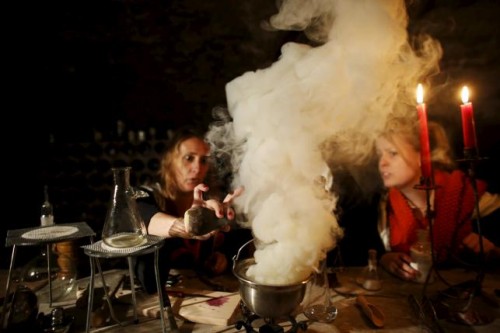 Participants demonstrate for the media before the role play event at Czocha Castle in Sucha, west southern Poland April 9, 2015.[/caption] The event's organizers, Poland's Liveform and Denmark's Rollespilfabrikken, stress the LARP does not includes the use of the Harry Potter stories and is based "in a universe of our own making", with different characters which participants develop. "I am very much dead. My character died 150 years ago ... My role is more of a guide and I guess it's mainly a support role for the other players," one participant, his face painted white for the role of ghost Kalle Frolund, told Reuters. The first such LARP was organized at Czocha in November and quickly grabbed the attention of Harry Potter fans worldwide. Two are taking place in April and another is planned for later this year. For many, the four-day event is a dream come true, Raasted said. "I think we can safely say that pretending to be a witch or wizard is something that appeals to everybody," he said. - Reuters