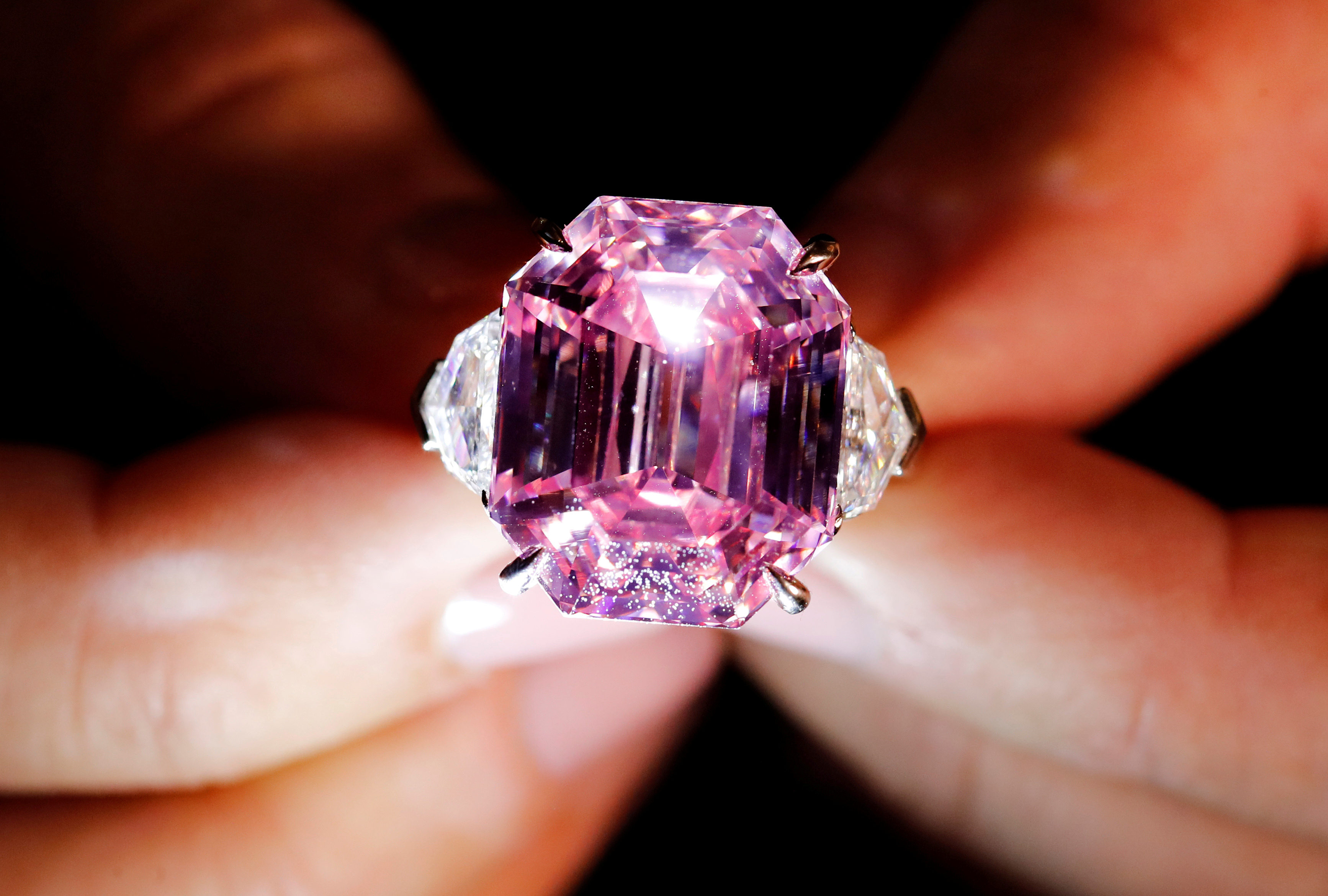 GENEVA (Reuters) - The “Pink Legacy”, a diamond weighing just under 19 carats, fetched a record 50.375 million Swiss francs ($50 million/£38.4 million), purchased by US-based luxury jeweller Harry Winston, Christie’s said on Tuesday.
Harry Winston, owned by Swatch whose CEO is Nayla Hayek, daughter of the late Swatch founder Nicolas Hayek, promptly renamed it “The Winston Pink Legacy”, adding it to its collection of rare jewels, the auction house said. The semi-annual Geneva jewellery sale netted $110 million (£84.5 million), with 86 percent of lots finding new owners, including 11 that brought more than $1 million, Francois Curiel, chairman of Christie’s luxury group told reporters. “The Pink Legacy brought this extremely high price of $50 million, so $2.6 million per carat which is a world record price for a pink diamond,” Curiel, who is also a jewel expert, said. “This stone for me is the Leonardo Da Vinci of diamonds, I don’t think there is anything better.” Graded “vivid”, the highest rating for a pink diamond’s colour, the gem is internally pure with a rectangular cut, and mounted on a platinum ring. Once owned by the Oppenheimer Family, who built De Beers into the world’s biggest diamond trader, the diamond had a pre-sale estimate of $30 to $50 million. The identity of the seller was not disclosed. Vivid coloured diamonds are the most strongly saturated gems, displaying the optimum hue of the stone. Most pink diamonds of this colour weigh less than one carat, the auction house said. There were at least five people bidding by phone for the pink stone, but the winning bidder was a Harry Winston representative sitting in the front row, Curiel said. An important Asian collector was the direct under-bidder, Rahul Kadakia, international head of Jewelry at Christie’s told reporters. “The stone is now going to be known as Pink Legacy Diamond which Mrs Hayek is thrilled to own. In 2013 they made their first important purchase after acquiring Winston, which was the 101 carat ‘D’ flawless diamond, which they named the Winston Legacy. With that stone they started the Legacy collection,” he said.