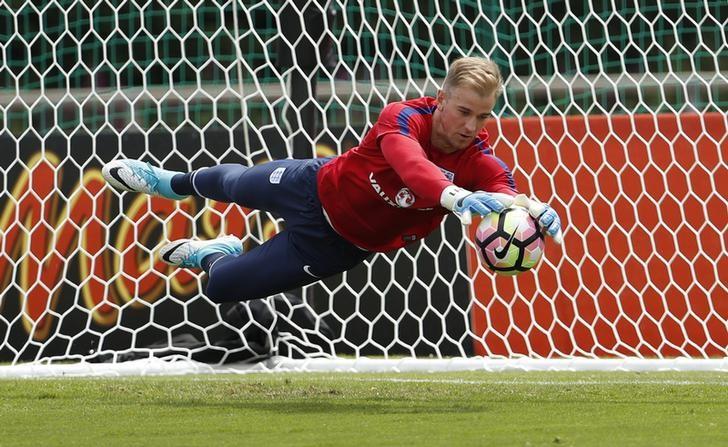 In a career spanning more than a decade, Hart has made 348 appearances for the Premier League club and has 71 caps for England but is not City manager Pep Guardiola's first choice keeper and spent last season on loan at Italy's Torino.

Noble says the competition for a starting spot among the keepers at West Ham will increase if Hart arrives as he contends with Adrian and Darren Randolph, and called for the 30-year-old to be given more respect.

"I've known Joe for a long time, we played for England U21s together years ago," Noble told Sky Sports.

"He is obviously a fantastic goalie but at the minute he is not our player. We have got two really good goalies here so it would be more competition for them.

"In my opinion, he (Hart) has been a little bit hard done by in recent years. He has been fantastic for England and for his club for the last 10 years, and he probably deserves a little bit more respect."

British media reports claim Hart will undergo a medical at West Ham on Monday and is close to completing a deal ahead of the team's pre-season fixtures, which begin on Thursday against Championship side Fulham.