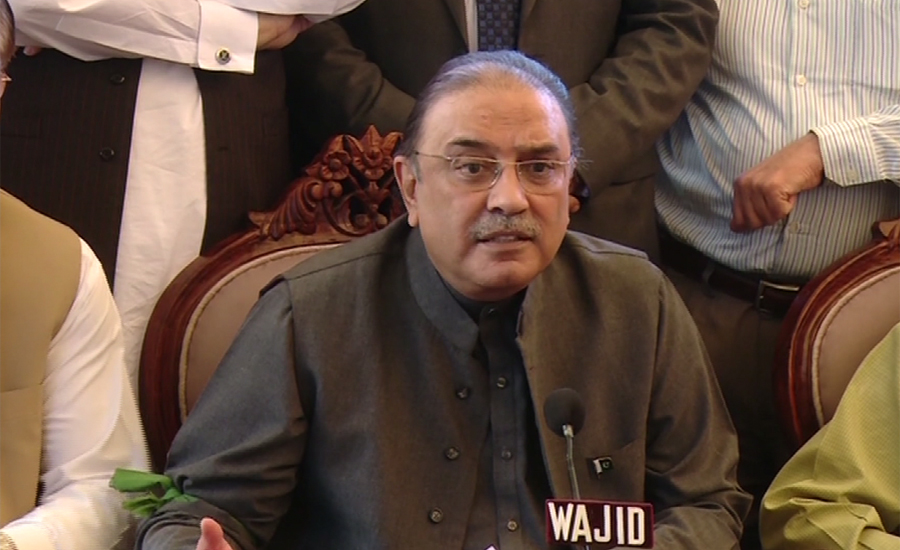 PESHAWAR (92 News) – PPP co-chairman Asif Zardari has said that he has not seen a new Pakistan anywhere.

Talking to the media on Thursday, he said that this new Pakistan is worse than the previous one.

“The destruction caused by those bringing the tsunami have is being witnessed by all,” he said.

Asif Zardari said that the FATA Bill introduced by the federal government is a lollypop. “We have been witnessing for the last four years that these people can do nothing,” he said.

The PPP co-chairman called for opening the investigations into the APS tragedy.