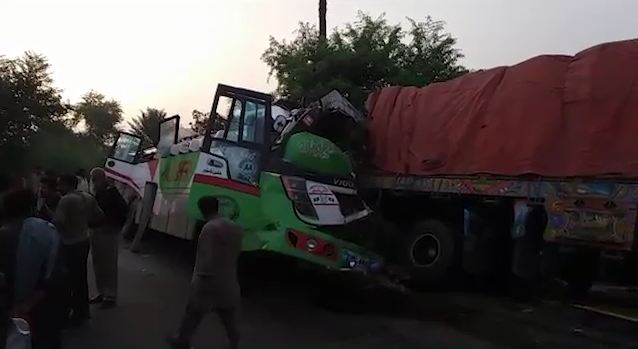 UCH SHARIF (92 News) – At least six people were killed and 12 others injured in a head-on collision between a passenger coach and a truck in Uch Sharif on Monday. The incident occurred when the coach was travelling to Karachi from Mansehra when it collided with a truck coming from the opposite direction. The rescue teams reached the spot and rushed the bodies and injured to nearby hospital.