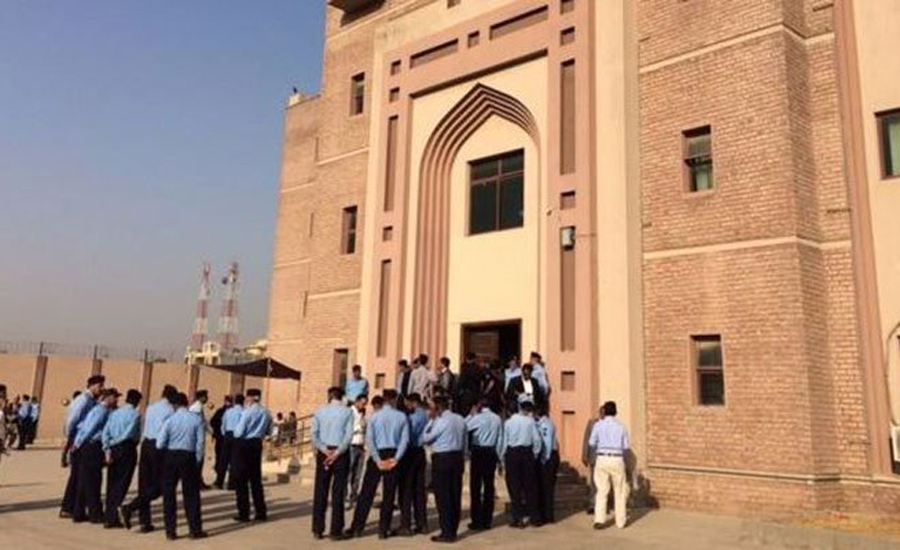 ISLAMABAD (92 News) – Accountability Court Islamabad has adjourned hearing of Al Azizia Steel Mills and Flagship references against former prime minister Nawaz Sharif and his family members till July 30. During the proceedings headed by Justice Mohammad Bashir, the notification pertaining to jail trial of Nawaz Sharif and his family was presented. The judge asked defence lawyer Khawaja Haris that what should be done about the matter relating to the trial of Nawaz Sharif and his family in jail. To a question regarding jail trial, Khawaja Harris reiterated his objection to the proceedings being heard by the same judge that has already ruled in one of the three corruption cases against his client. Judge Bashir remarked that he had written a letter to Islamabad High Court (LHC) regarding transfer of cases against Sharif family to any other court. To reply, Khawaja Haris has said that let the order whatever the court wants. On the other hand, NAB prosecutor requested the court that It’s suitable that the judge who is hearing the cases from the very first day should continue with it Earlier, IHC had sought reply from NAB till July 30 over an issue of transferring Al-Azizia Steel Mills and Flagship Investments references to another court. The court had also rejected the plea seeking delay in the hearings of references till general elections. It had also issued notice to NAB and summoned record of Avenfield case over the appeals of Sharif family challenging their conviction by the accountability court.