Heavy rains cause havoc in parts of country, 4 killed 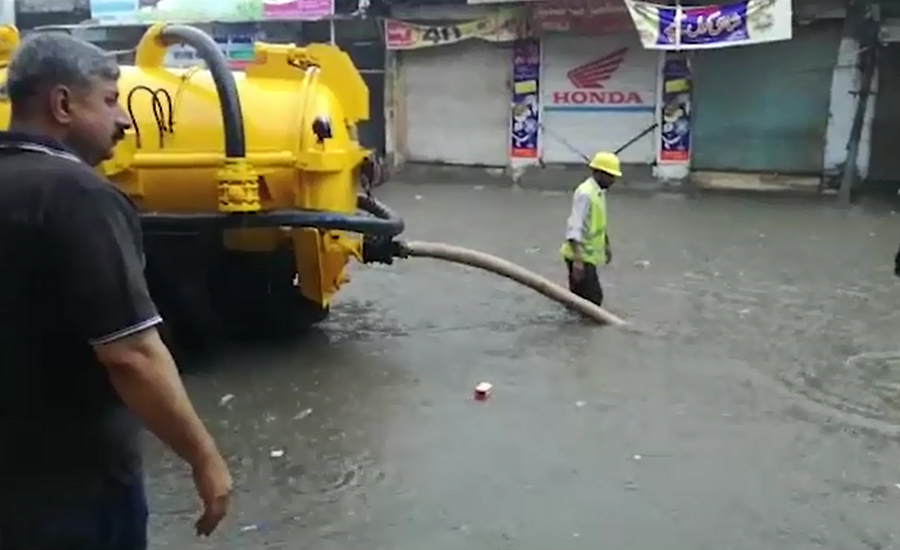 Heavy rains cause havoc in parts of country, 4 killed

ISLAMABAD (92 News) – Heavy rain in parts of the country has killed at least four persons and injured six others in separate rain-related incidents on Thursday.

In Islamabad, a man his wife and daughter were killed when the roof of their house caved in, while the rains have inundated low lying areas and flooded streams and nullahs in different parts of the country.

Pakistan Armed Forces and heavy machinery have been alerted to cope with the emergency situation.

According to Met Office, Islamabad has so far received 91 millimeter rain while Rawalpindi received 77 millimeter since.

In Mardan, one person died and two injured when the roof of their house collapsed in Takhtbhai area due to heavy rain, while four persons wounded when a wall collapsed in Hazar Khawani area of Peshawar.

The ongoing spell has spread almost all over Khyber Pakhtoonkhwa, South Punjab, Zhob and Qalat divisions of Balochistan, besides Kashmir and Gilgit-Baltistan.

The rains can cause flash floods and land sliding in these areas.

The administration of the concerned districts have been directed to take all precautionary measures to protect life and property of general public.