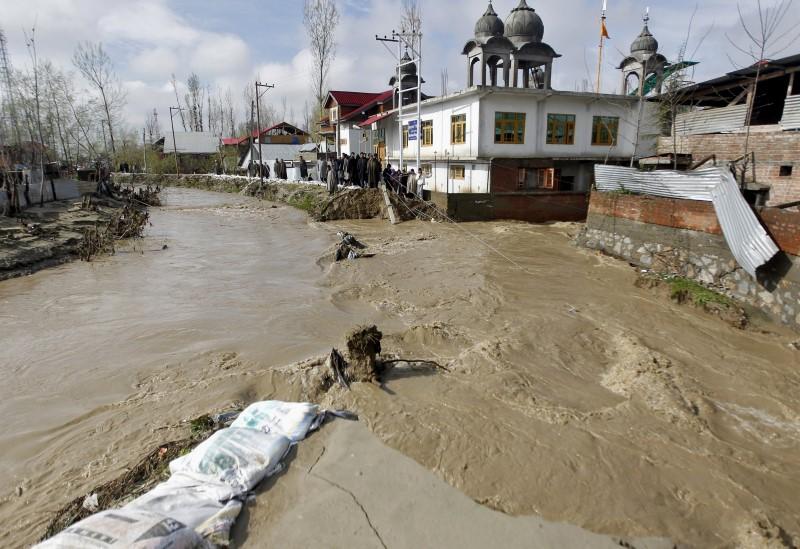 SRINAGAR - A landslide in the Himalayan region of Kashmir killed six people and left 10 missing, police said on Monday, as unseasonal rains swept India, damaging crops and raising fears of flash floods in the mountainous north. Hundreds of people fled their homes as Kashmir's main rivers began to swell and weather forecasters predicted further downpours in the region that was struck by devastating floods seven months ago. A hillside collapsed onto a house in Ledhan village, about 40 km (25 miles) from the capital Srinagar, where three families were sleeping on Monday morning, according to Mushtaq Ahmad, a neighbor. Army and police used shovels and diggers to locate any survivors. Local police superintendent Fayaz Ahmad Lone said six bodies had been recovered from the home in the village and the death toll was likely to rise further. India is experiencing more extreme rainfall events as the global climate warms, a study of 50 years of data by the Indian Institute of Tropical Meteorology concluded. This year, March has been the wettest month in more than a century, wrecking millions of hectares of winter crops. The crop damage has been blamed for a spate of farmer suicides in recent weeks. - Reuters [caption id="attachment_12675" align="alignnone" width="500"] 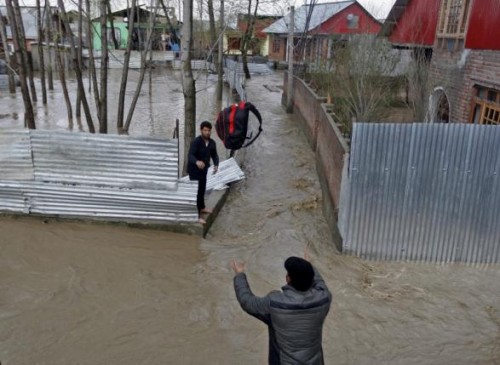 A man throws his belongings towards another to be moved to a safer place at a flooded neighbourhood after incessant rains in Srinagar March 30, 2015. REUTERS[/caption] [caption id="attachment_12676" align="alignnone" width="500"] 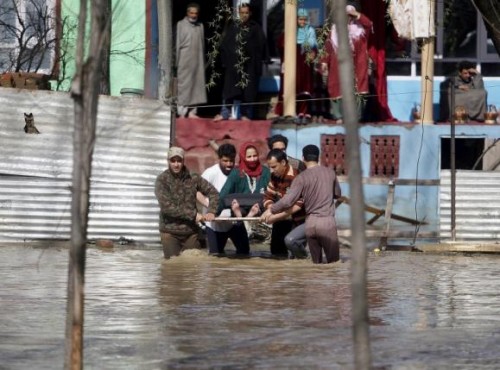 An ailing woman is carried on a wooden plank to a safer place from her partially submerged house after incessant rains in Srinagar March 30, 2015. REUTERS[/caption]