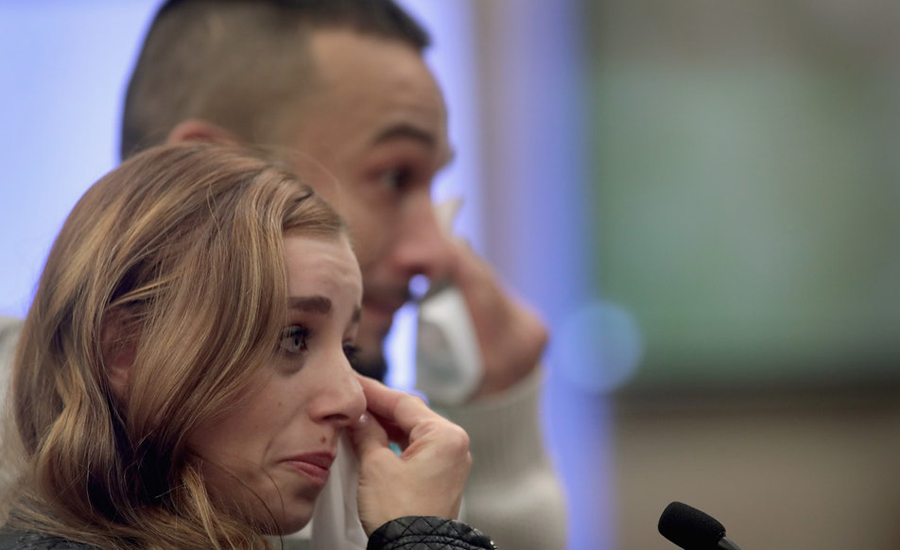 WASHINGTON (Reuters) – USA Gymnastics CEO Kerry Perry plans to apologize to the victims of Larry Nassar in her opening statement of a testimony she will give before a House subcommittee on Wednesday. The testimony will be her first public comments since taking over her position in December. The subcommittee released Perry’s five-page opening statement on Tuesday. “First, I want to apologize to all who were harmed by the horrific acts of Larry Nassar,” Perry’s statement reads in part. “I was in the courtroom to listen to the incredibly courageous women explain in vivid and painful detail the damage he did to their lives. Their powerful voices will not be forgotten. I commit to you that I will keep their words and experiences at the core of every decision I make, every day, as the leader of this organization. Their stories have broken my heart, but also strengthened my resolve. “Let there be no mistake; those days are over. USA Gymnastics is on a new path, with new leadership, and a commitment to ensure this never happens again.” Perry’s statement goes on to detail the changes that USA Gymnastics has made since her hiring in order to “regain the trust and confidence of our athletes, their families, and all who are a part of the gymnastics community.” Perry will say USA Gymnastics is implementing recommendations made by former federal prosecutor Deborah Daniels, who was hired to review its culture. Perry’s statement says 80 percent of Daniels’ policy recommendations have been implemented, with the rest intended to follow. Perry’s statement also says USA Gymnastics is “participating in mediation in order to resolve the athletes’ claims fairly and expeditiously” and that further mediation will hopefully take place in August, with the U.S. Olympic Committee invited to join. The House subcommittee’s probe began in the aftermath of the Larry Nassar sentencing. Nassar, 54, is serving a 60-year sentence at a federal prison in Tucson, Ariz., on child pornography charges. He has been sentenced to 40 to 175 years in one Michigan county and 40 to 125 years in another on sexual assault charges. Also testifying Wednesday will be U.S. Olympic Committee CEO Susanne Lyons, U.S. Center for SafeSport CEO Shellie Pfohl, USA Taekwondo executive director Steve McNally, USA Swimming CEO Tim Hinchey and USA Volleyball CEO Jamie Davis. The hearing will be held in Washington D.C. Last week, Michigan State University, where Nassar operated from as a physician, announced an agreement to pay out at least $500 million in settlements to his 332 victims after two days of mediation in California.