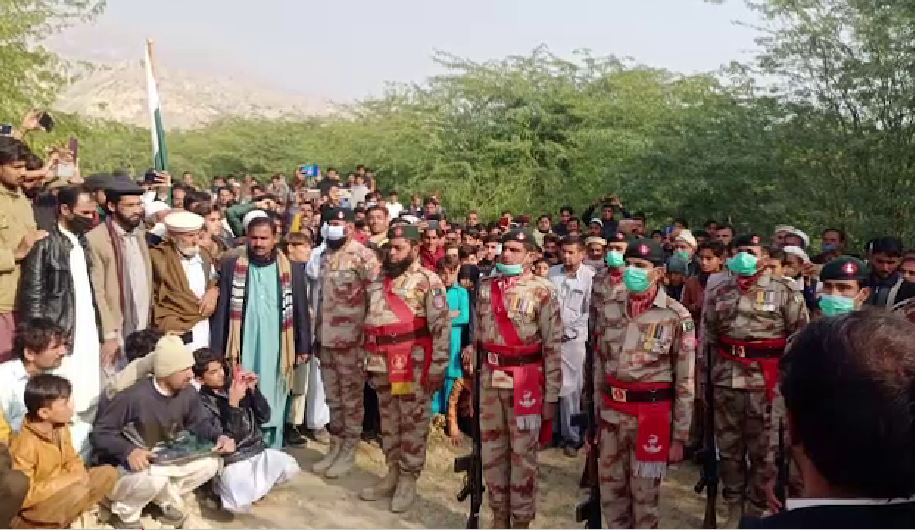 Muhammad Farooq martyred in a helicopter crash in Skardu was buried with full military honours in his ancestral village 95/12-L, Chichawatni.

A smartly turned out contingent of Pak Army saluted the grave.

On the other hand, the funeral prayers for Naib Subedar Gulzar Khattak martyred in a terrorist attack was offered in his ancestral village Tola Mangali.

Nine children among 24 Palestinians martyred in terrorism by Israeli forces