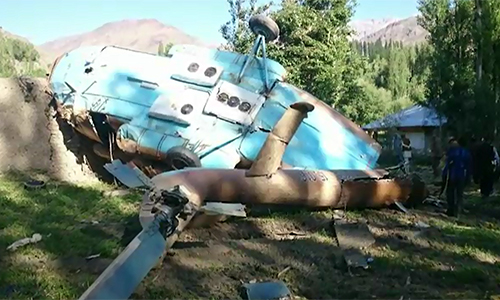 MANSEHRA (92 News) – Pakistan Army completed its rescue operation of the helicopter tragedy on Friday. The bodies of 12 martyrs, including five majors, were shifted to Abbotabad CMH. Later, the bodies were shifted to Rawalpindi CMH where martyrs’ samples were taken for DNA tests at the Institute of Pathology. Prayers were offered for the martyrs in the National Assembly. 92 News has expressed sorrow and grief over the helicopter tragedy. Meanwhile, Pakistan Army Aviation Division engineers visited the tragedy site.