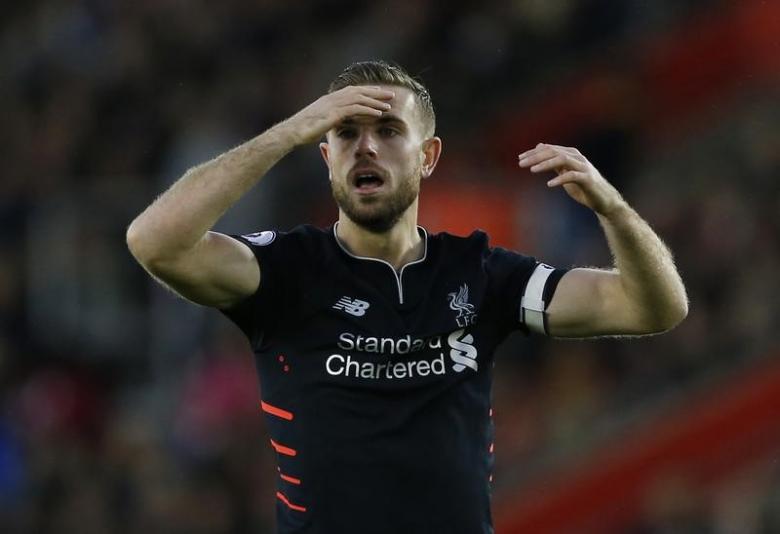 LONDON - Jordan Henderson is pleased with Liverpool's new-found defensive resilience after their castigated back-line kept clean sheets in the recent Premier League victories over Middlesbrough and local rivals Everton. Liverpool have generally relied on their attacking threat to propel them to second in the table on 37 points, six behind leaders Chelsea after 17 matches. "As long as you win the derby that is the main thing. But we are very pleased with how we won -- going to Goodison and dominating, defending solidly as a team, winning the ball back quickly and keeping a clean sheet," skipper Henderson said. "That's important. It was a big plus for us... We have looked solid in the last couple of games, which is pleasing," the England international added of the side that have conceded 20 league goals this season. Henderson said he was not surprised by Liverpool's unexpected assault on the title this season but insisted there was still a long way to go before the Merseyside club could hope to end their 26-year wait for the league trophy. "I said at the start of the season that I had a lot of confidence and belief that we could be high up the table. I saw no reason... why we could not challenge for trophies." he added. "It could be better... I know I always say: 'Focus on the next game' but that is the truth. If you take your eye off the ball, that is when you encounter problems. That is why we will just focus on the next performance and see where that takes us." -Reuters