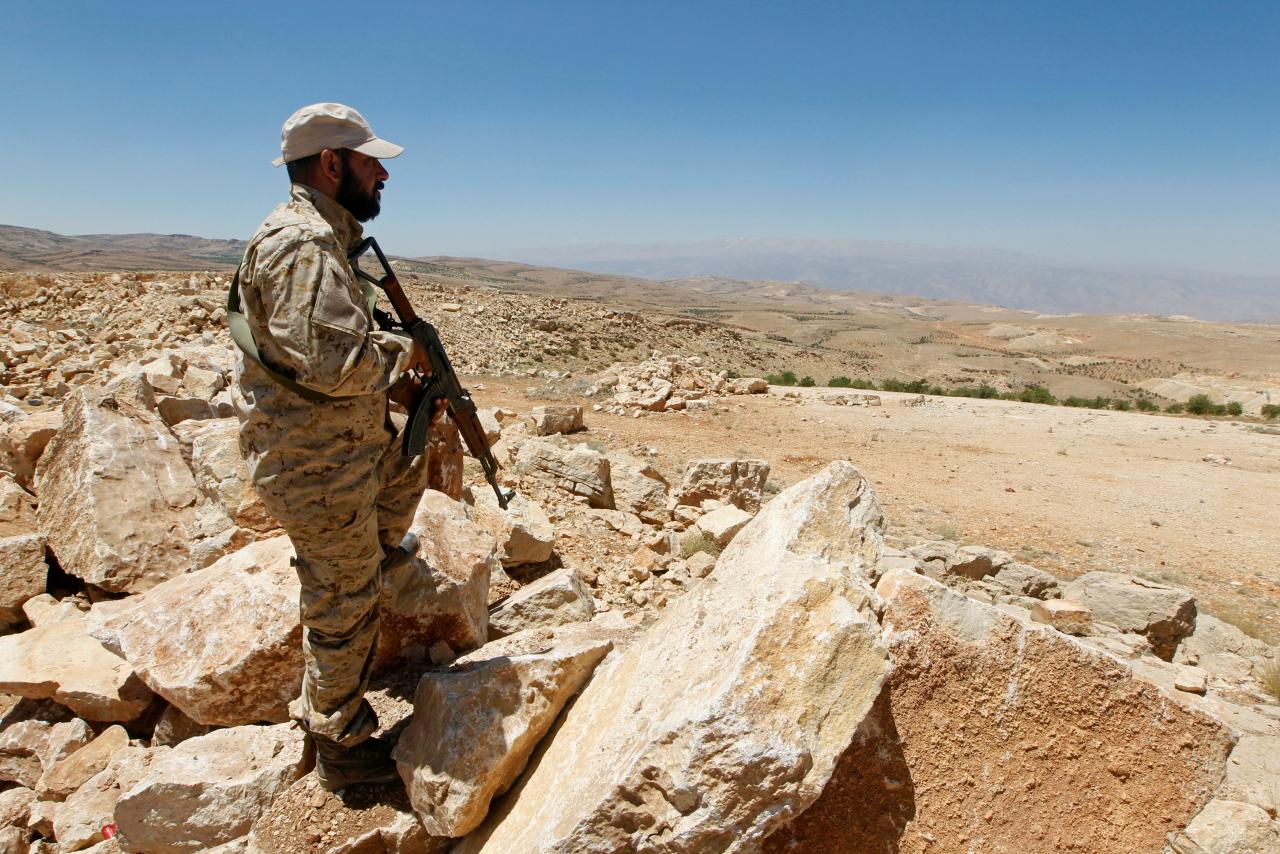 BEIRUT - A ceasefire took effect on Thursday in a mountainous area of the Lebanese-Syrian border where Lebanon's Hezbollah says it is on the verge of defeating jihadist militants in their last foothold at the frontier.

The ceasefire began at 6 a.m. (0300 GMT), halting fighting on all fronts in areas near the Lebanese border town of Arsal where Hezbollah launched its assault on Nusra Front militants on Friday, a military news service run by Hezbollah reported.

A source familiar with negotiations, brokered by a Lebanese internal security agency, said the remaining Nusra Front fighters were willing to accept safe passage to rebel-held parts of Syria. Talks were continuing, the source said.

Hezbollah leader Sayyed Hassan Nasrallah said on Wednesday his group was close to defeating Nusra Front militants, saying they had "effectively lost" most of the land they held in the barren, mountainous border region known as Jroud Arsal.

He said negotiations had begun on Tuesday between Lebanese officials and the Nusra Front over the withdrawal of remaining militants to insurgent-held territory in Syria.

Islamic State militants in an adjacent area of the border zone are expected to be targeted in the next phase of the operation unless they agree to withdraw.

The Nusra Front was al Qaeda's official wing in the Syrian war until last year when it formally severed ties to the global jihadist network and rebranded itself. It now fights as part of the Tahrir al-Sham Islamist alliance, which it dominates.

Hezbollah has played a major role in fighting militants in the border region during the six-year Syrian war, part of a much bigger role it has played in the Syrian conflict in support of Syrian President Bashar al-Assad.

The Arsal region was the scene of one of the most serious spillovers of the Syrian civil war into Lebanon, when Nusra Front and Islamic State militants briefly overran the town of Arsal, abducting dozens of Lebanese soldiers and policemen. Islamic State is still holding nine Lebanese soldiers captured at that time. Their fate is unknown. -Reuters