Hidden footage of The Beatles on film put on sale 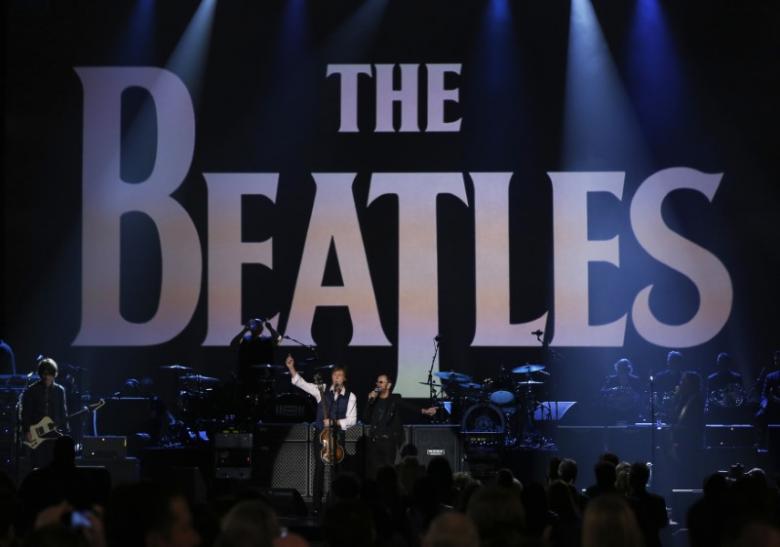 Hidden footage of The Beatles on film put on sale

WASHINGTON – Footage of The Beatles on the set of their 1965 film "Help!" is being offered for sale after 50 years if being hidden in storage.

The film was shot by Australian-born actor Leo McKern, who played a villainous cult leader in the film, and shows the band in unguarded moments behind the scenes on the set.

"This is footage taken in 1965 of people who at the time were the most famous people on earth at the pinnacle of their collective career," Neil Pearson, a London rare book dealer who is selling the footage, told Reuters.

The band feature in around 10 minutes of the footage, which comes on the original 8mm film cassette on which it was shot, labeled by McKern as "snow scenes," which also features footage of the actor's family.

The footage includes scenes showing the band tobogganing, joking around while playing instruments in a brass band, as well as more private moments, including Paul McCartney smoking a cigarette and taking photographs, according to the vendor's description.

McKern, who died in 2002, later achieved acting fame in films such as "A Man For All Seasons", "Ryan's Daughter" and the lead role in television hit "Rumpole of the Bailey".

The film has not yet been seen in public, though a portion of it is due to be aired on British television on Friday. It doesn't come cheap for any Fab Four memorabilia fans -- the footage commands an asking price of £35,000 pounds ($45,101.00). –Reuters