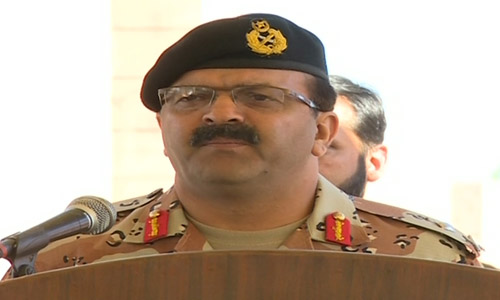 KARACHI (92 News) – DG Rangers Maj-Gen Bilal Akbar has said that they have arrested several high-profile terrorists, target-killers and extortionists during the successful operation continuing for the last one-and-a-half-years. He was talking to the media after inaugurating the Shooting Championship 2015 on Thursday. He said that they had arrested three accused of kidnap for ransom on Wednesday night. “Three days ago, we arrested Swat’s high-profile terrorist Khatab with his three accomplices,” he added. He said that sport activities are continuing along with a vigorous campaign against criminals. He said that the Shooting Championship will be held each year and teams from across the country, including civil, armed forces, police, Azad Kashmir and Gilgit, will be invited to it.