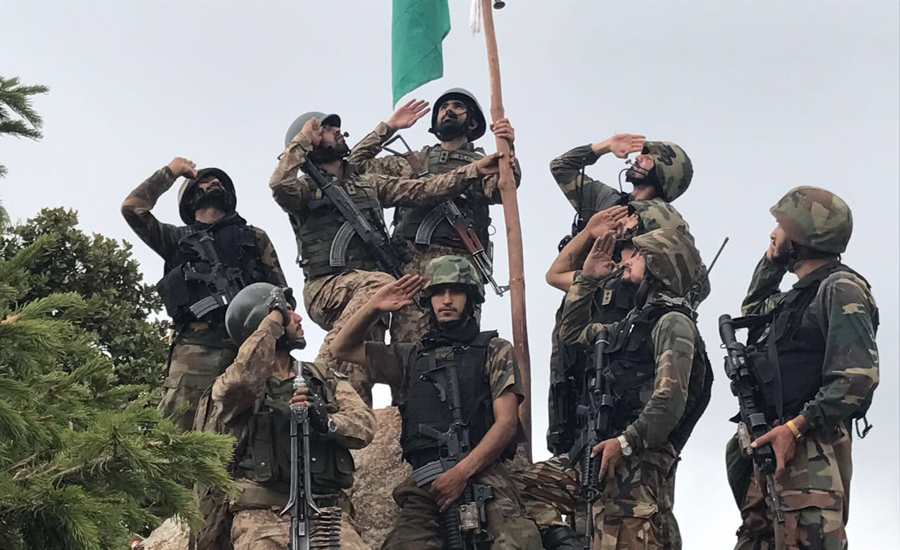 RAWALPINDI (92 News) – DG ISPR Maj Gen Asif Ghafoor has said that the first phase of the Operation Khyber 4 has been completed successfully.

In a tweet, he said: “After Brekh Top, the Valley is being cleared of terrorists. Every inch of Pakistan will be peaceful Insha Allah. No one can beat resilient Pakistan.”

The operation continued with major achievement last night when troops, including SSG, successfully cleared the highest and craggiest mountain top Brekh Muhammad Kandao near Pak-Afghan border. Several terrorists were killed while a few fled to Afghanistan.

“Several hide outs of terrorists dismantled and cache of IEDs, arms and ammunition were recovered,” the DG ISPR added.

He said that having cleared the top, the forces have established posts on over 12,000 feet high feature riddled with thick forestation.

“This mountain top was being used as main observation point and its base as transit / storage point. Terrorists gave a stiff resistance but couldn't sustain against determination of Pakistani troops. The mountain top was planned to be cleared little later as per initial plan, but with high tempo operation it has been cleared well ahead of planned timings,” the DG ISPR said.