Hike in electricity prices to not affect 75% of domestic consumers: Omar 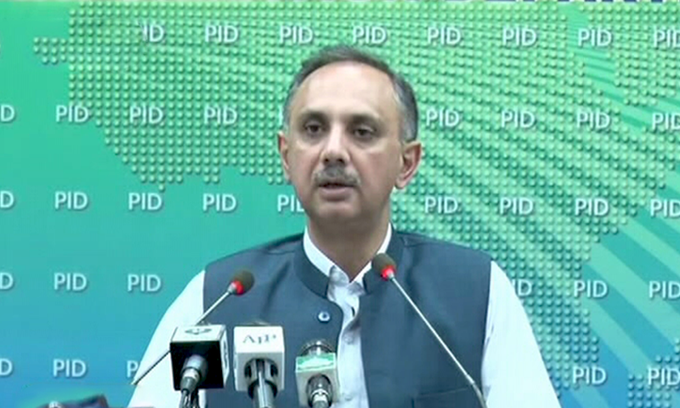 Hike in electricity prices to not affect 75% of domestic consumers: Omar

ISLAMABAD (92 News) – Minister of Power Omer Ayub says recent hike in electricity prices will not affect 75 per cent of the domestic consumers. Addressing a news conference on Thursday, he said flow of circular debt has reduced from 38 billion per month to 35 billion rupees per three months. The minister said there is no load shedding from eighty percent of the feeders. He said government is taking steps to control electricity theft and introduce new renewable energy projects in the country.

Earlier, the National Electric Power Regulatory Authority (NEPRA) has approved to increase electricity prices by Rs1.66 per unit on Wednesday. According to details, the rates have been surged for one month under fuel adjustment of August. The hike will put additional burden of Rs22.60 billion on the consumers. NEPRA case officer maintained that Rs 3.4 billion could have been saved by using coal power plants for electricity production. It is to be noted that, on September 25, CPPA has recommended an increase in electricity tariffs by Rs 1.86 per unit. The fuel adjustment will be extended for one month in August, it added. Central Power Purchasing Agency (CPPA) sent an application to NEPRA and decision on hike in power rates will be made on October 2. According to CPPA, 40.33 percent electricity was generated from hydropower plants and 13.34 percent from coal in August.  Electricity was produced by 11.87pc from local gas and 22.89pc from imported LNG, 3.60pc from furnace oil and 4.66pc from atomic sources. On March 29, 2019, the National Electric Power Regulatory Authority (Nepra) had increased the power tariff by 55 paisa per unit for all the power distribution companies, except K-Electric, on account of fuel price adjustment for April. The Central Power Purchasing Agency (CPPA) on behalf of the distribution companies (DISCOs) had filed a petition for tariff increase saying the actual fuel cost in April was higher than that charged to the consumers and hence an increase of 57 paisa per unit be allowed to be recovered from consumers next month.