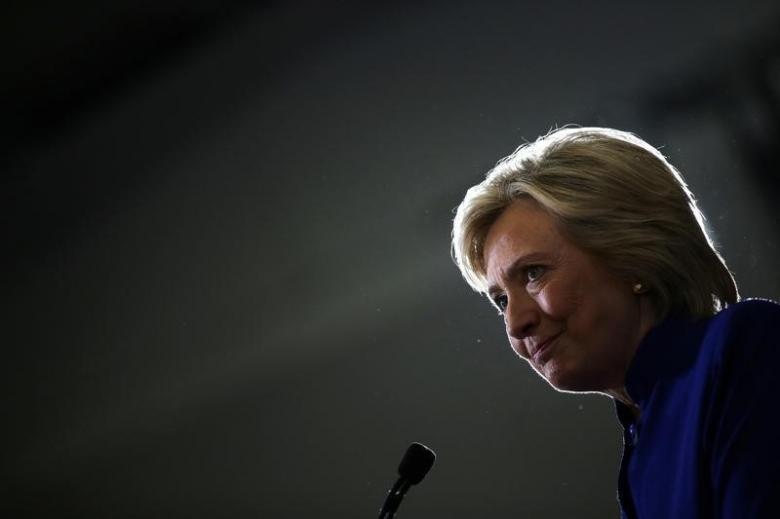 ORLANDO - Democratic presidential nominee Hillary Clinton played it strictly deadpan while parrying decidedly off-the-wall questions from comedian Zach Galifianakis on his online parody talk show, "Between Two Ferns," released. Galifianakis, star of "The Hangover" films, is known for his cringe-inducing banter on the web program, asking subjects awkward questions. Past interview subjects include Brad Pitt, Charlize Theron, Bradley Cooper and President Barack Obama. Sitting between two fern plants on a sparse set, Galifianakis did not dial back his trademark style of appearing uninterested and unprepared as he interviewed Clinton, riffing on her previous role as U.S. secretary of state in Obama's first term. "As secretary, how many words per minute could you type? And how does President Obama like his coffee? Like himself - weak?" Galifianakis said. "You know Zach, those are really out-of-date questions. You need to get out more," Clinton responded. Other topics brought up included the comedian's interest in the designer of Clinton's signature pantsuits and whether her daughter, Chelsea Clinton, discussed romantic crushes with Ivanka Trump, daughter of Clinton's Republican opponent, Donald Trump, in the Nov. 8 election. In closing, Galifianakis made a wry reference to Clinton's use of a private email server during her tenure as America's top diplomat, which was investigated by the FBI. "This has been a lot of fun, Mrs. Clinton. We should stay in touch. What's the best way to reach you? E-mail?" As a poker-faced Clinton looked on, Galifianakis hit a button to play AOL's famous email alert: "You've got mail." -Reuters