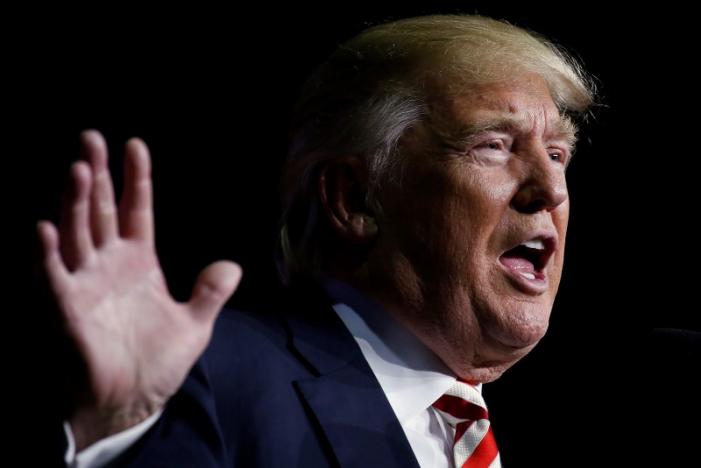 CINCINNATI – Some Hispanic backers of Republican presidential candidate Donald Trump pulled their support after he stood by his hardline immigration stance and said anyone in the United States illegally would be subject to deportation if he were president.
Alfonso Aguilar, president of the Latino Partnership for Conservative Principles advocacy group, said on Thursday he felt "disappointed and misled" by a fiery Trump speech in Phoenix, Arizona on Wednesday that dashed the hopes of conservative Latinos that the businessman would soften his views on immigration. While polls show a large majority of Hispanic voters oppose Trump, the withdrawal of support from among of his small group of Latino backers underscores how difficult it is for Trump to broaden his support with minorities and moderate voters. Aguilar said he had expected Trump to take a more compassionate approach to people in the country illegally after recent signs that his position was softening as the Nov. 8 election approaches. "For the last two months he said he was not going to deport people without criminal records. He actually said that he was going to treat undocumented immigrants without criminal records in a humane and compassionate way," Aguilar, the former chief of the U.S. Office of Citizenship under former Republican President George W. Bush, told CNN. Aguilar said he opposed the policies of Democratic nominee Hillary Clinton but he was withdrawing support for Trump. In his Phoenix address, flagged as a major policy speech, Trump said that the only path to legal status for illegal immigrants was to leave and apply for re-entry. He also repeated a campaign promise to build a wall at the U.S.-Mexico border, saying that country would pay for it. Jacob Monty, a Texas attorney who advised Trump, said the New Yorker had appeared to be moving toward a "reasonable, pro-business" immigration plan. "He rejected that tonight and so I must reject him," Monty wrote on Facebook on Wednesday night. At an appearance in Ohio on Thursday, Trump again hammered home his tough message on illegal immigration. "We are going to uphold the laws of the nation and defend our sovereignty and security and we are going to defend our border," he told the American Legion veterans' group in Cincinnati. –Reuters