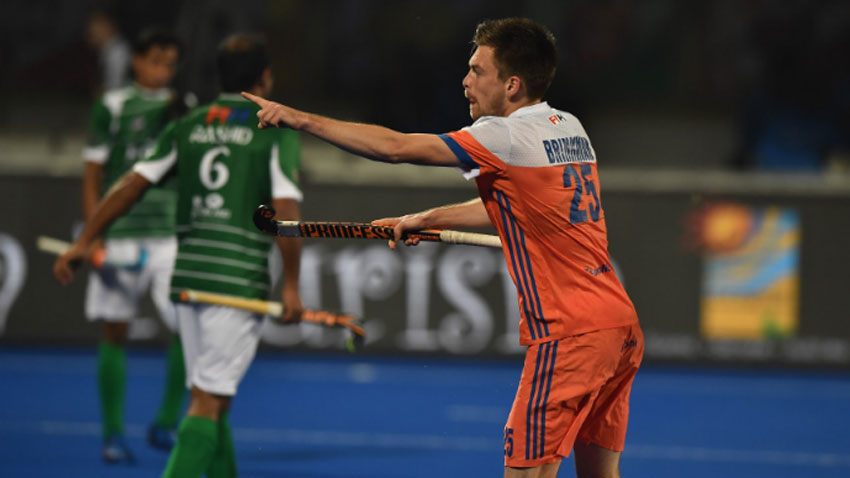 BHUBANESWAR (92 News) – In the Men’s Hockey World Cup 2018 at Bhubaneswar in India, Netherlands defeated Pakistan by 5-1 goals. The Dutch side beat Green Shirts 5-1 to finish 2nd in Group D. Pakistan has still made the crossover, having finished 3rd. India will face the winner of the crossover between Netherlands & Canada, while Germany face the winner of Belgium vs Pakistan in Quarter Finals. The men in green were held by Malaysia 1-1 in their next game, while Netherlands were beaten 4-1 by Germany. Earlier, Captain Mohammad Rizwan Senior has been ruled out of the rest of the tournament due to a fractured finger. He will be replaced by Arslan Qadir. Ammad Butt who had been given a one-match ban suspension before the game against Malaysia will be taking the field against Netherlands today. Butt’s suspension was overturned on Saturday.