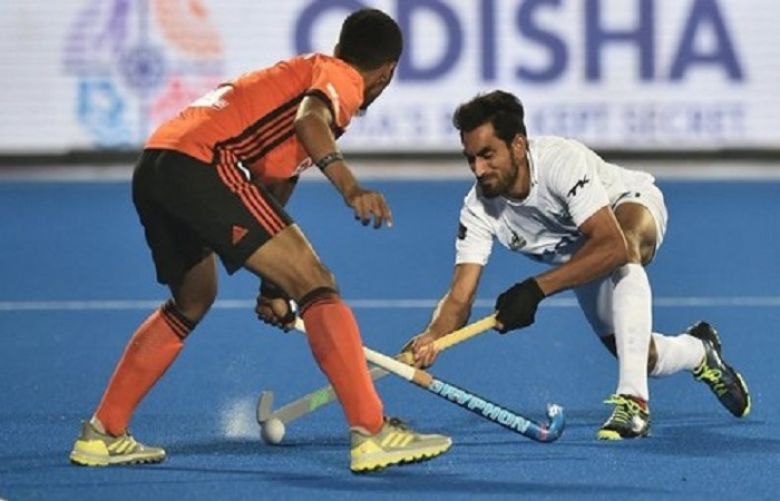 BHUBANESWAR (92 News) – Pakistan held a 1-1 draw against Malaysia in their second match of the Hockey World Cup. Both the teams were contesting in a must-win game for them to gain some points to make their position strong for qualifying for the next stage of the tournament. The Green Shirts started aggressively with some powerful strikes in the beginning but failed to avail the chances perfectly. Malaysia in the start was under a bit pressure as Pakistani strikers were dominating with the ball to the opponent’s end. The first half read scores 0-0. The teams returned with strong strategies after taking a break and again it was Pakistan with the bowl dominating throughout. Mohammad Atiq on the 51st minute scored the first goal for Pakistan which gave them a breath and built pressure on their counterpart’s camp. Skipper Rizwan was then seen instructing his defenders to remain as strong as they can because a single goal can take the match away from them. Pakistan’s goalkeeper Imran Butt was in good knick as he saved a couple of tough chances which could have created problems for the men in green. Just four minutes later, Faizal Saari made the most of a penalty corner and deceived the goalkeeper to put the ball into the nets to bring an early equaliser for his team. Thereafter, both teams tried hard to double their lead but some strong defense from both sides ended the match with the score of 1-1. Pakistan will now play their last pool match against the Netherlands on December 9. In the second match of the day, Germany outclassed the Netherlands by the score of 4-0 to win their second match of the group stage. Muller Mathias, Lukas Windfeder, Marco Miltkau, and Christopher Ruhr scored one goal each for Germany while Valenti Verga was the lone scorer for the Netherlands. In the match played earlier today, Germany beat Netherlands by 4-1.