Hollywood star is out there for 'X Files' actor Duchovny 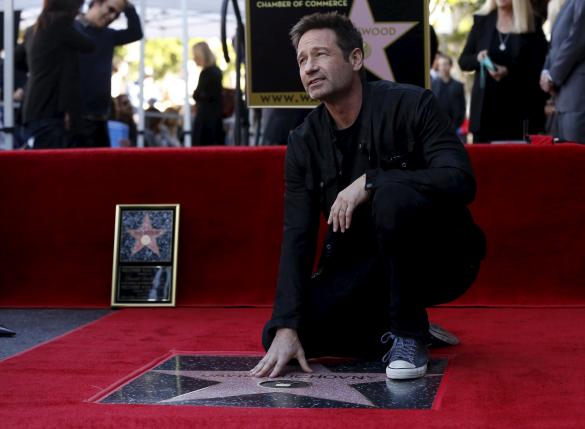 Hollywood star is out there for 'X Files' actor Duchovny

LOS ANGELES – Actor David Duchovny, best known for his role as Fox Mulder in sci-fi television show "The X-Files" has been honored with a star on the Hollywood Walk of Fame, the 2,572nd on the famed boulevard.

Duchovny starred in the award-winning series from 1993 to 2002 alongside Gillian Anderson. The two portrayed FBI agents Mulder and Dana Scully who investigated alien and paranormal phenomena, searching for the truth.

The hit show has now been revived with six new episodes, the first of which aired in the United States on Sunday.

Duchovny was accompanied at the star unveiling on Monday by "The X-Files" creator Chris Carter.

"I wouldn't have a career without Chris and his show 'The X-Files'," Duchovny said. "That really made everything happen for me as an actor."