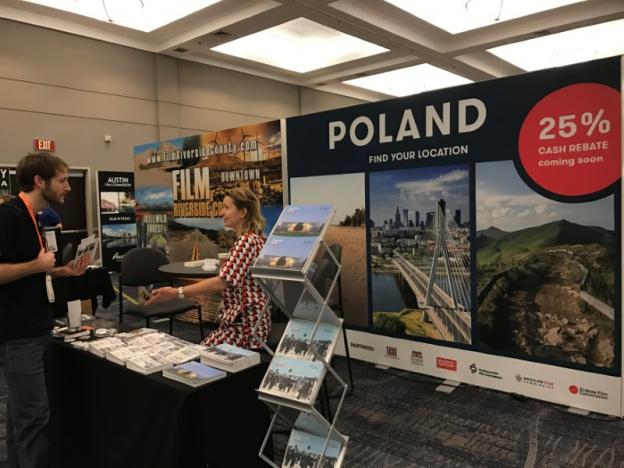 LOS ANGELES –This summer's biggest-budget films have everything moviegoers have come to expect from Hollywood blockbusters: superheroes, pirates, space aliens. But in the truest sense of the term, none of them is a Hollywood movie.

Despite a major effort by Los Angeles over the last two years to lure film production back to where it started, producers continue to make big-budget movies elsewhere, saying they get better tax breaks and subsidies outside of Hollywood.

As a result, the summer's movies come from all over the globe. Warner Bros. filmed "Wonder Woman" and "King Arthur" in Britain, where the Time Warner Inc studio owns a large production space. Twenty-First Century Fox Inc's movie studio chose Australia for "Alien: Covenant." Walt Disney Co's Marvel Studios rolled its cameras in Georgia for "Guardians of the Galaxy Vol. 2," one of six superhero movies it has filmed near Atlanta.

"The support we get in Georgia is tremendous," Marvel Studios President Kevin Feige said in an interview. "We're certainly doing many of our biggest films there well through this year and into next year."

Twenty-five years ago, most big-budget films were filmed primarily in Los Angeles. Since then, to lure production, locations across the United States and around the globe have begun offering tax credits or rebates of up to 40 percent of local production spending, a sizable savings on action films that cost up to $250 million to make.

Thirty-two U.S. states and dozens of foreign countries now offer tax credits or rebates, plus other benefits such as waivers of permit fees.

Along with subsidies, the small, former Soviet country of Georgia offers another perk to filmmakers.

"We have many derelict, abandoned small villages or factories. They are mostly state-owned still, and you can easily just blow (them) up," said Sophio Bendiashvili, head of the country's film rebate program, at a conference last month hosted by the Association of Film Commissioners International.

In most cases, neither studios nor the filming locations will disclose specific details of subsidies granted, but executives acknowledge that they are a key factor in deciding where to film.

The economic value of subsidies for the locations offering them remains under debate. Proponents argue they attract jobs and spending that outweigh their costs, while critics say the benefits are overstated and the incentives divert taxpayer money from other needs. Some states that used to offer subsidies, including Michigan and Louisiana, have stopped doing so or pared them back substantially.

Still, California decided in 2014 to sweeten its own subsidies in an attempt to lure production back. The results have been mixed. Many more television shows are now being filmed in the state, but it still struggles to attract the mega-budget action movies that hit screens from May through the U.S. Labor Day holiday in early September.

One of Hollywood's biggest stars, actor and producer Dwayne Johnson, moved his HBO TV series "Ballers" from Miami to the Los Angeles area after securing a California tax break. Johnson said he would like to film his big movies there, too.

"On the TV side, the incentives are fantastic," Johnson said in an interview. "On the film side, there is a lot of room for improvement."

Johnson's upcoming movie for Paramount Pictures, a remake of the TV show "Baywatch" about California lifeguards, was filmed on Tybee Island, Georgia, with help from tax credits.

Hollywood used to have a firm grip on film production because of its infrastructure, which includes numerous sound stages as well as specialized equipment and a large network of experienced crew members, actors and extras.

Increasingly, other locations such as the state of Georgia are offering good production facilities and trained personnel, though producing outside Los Angeles still often requires flying in some key workers.

"You have to think of these productions as three-legged stools," said Mary Ann Hughes, Disney's vice president of film production planning. "You need a local crew base, local infrastructure, and the production incentives."

California offers a 20 percent credit for feature films, applicable to $100 million in spending. Some costs receive an additional 5 percent. The state does not apply the credit toward one large chunk of movie budgets - the salaries of actors, directors and producers - as other locations do.

Since upping the subsidies, Hollywood has landed two forthcoming big-budget films. Disney's adaptation of children's book "A Wrinkle in Time" received an $18 million credit for $85 million in spending, and an untitled Paramount release was awarded $22 million for $102 million in spending.

But for most big-budget films, says Paul Audley, president of Hollywood-area film office FilmLA, "it simply doesn't make economic sense for them to come back."

Some officials in California say the increase in television and middle-budget film production is evidence the higher subsidies have been effective. The incentives have brought 11 TV series back to the state since 2015.

"It really is working. It is keeping a lot of people employed, and that is our goal," said Amy Lemisch, executive director of the California Film Commission. –Reuters