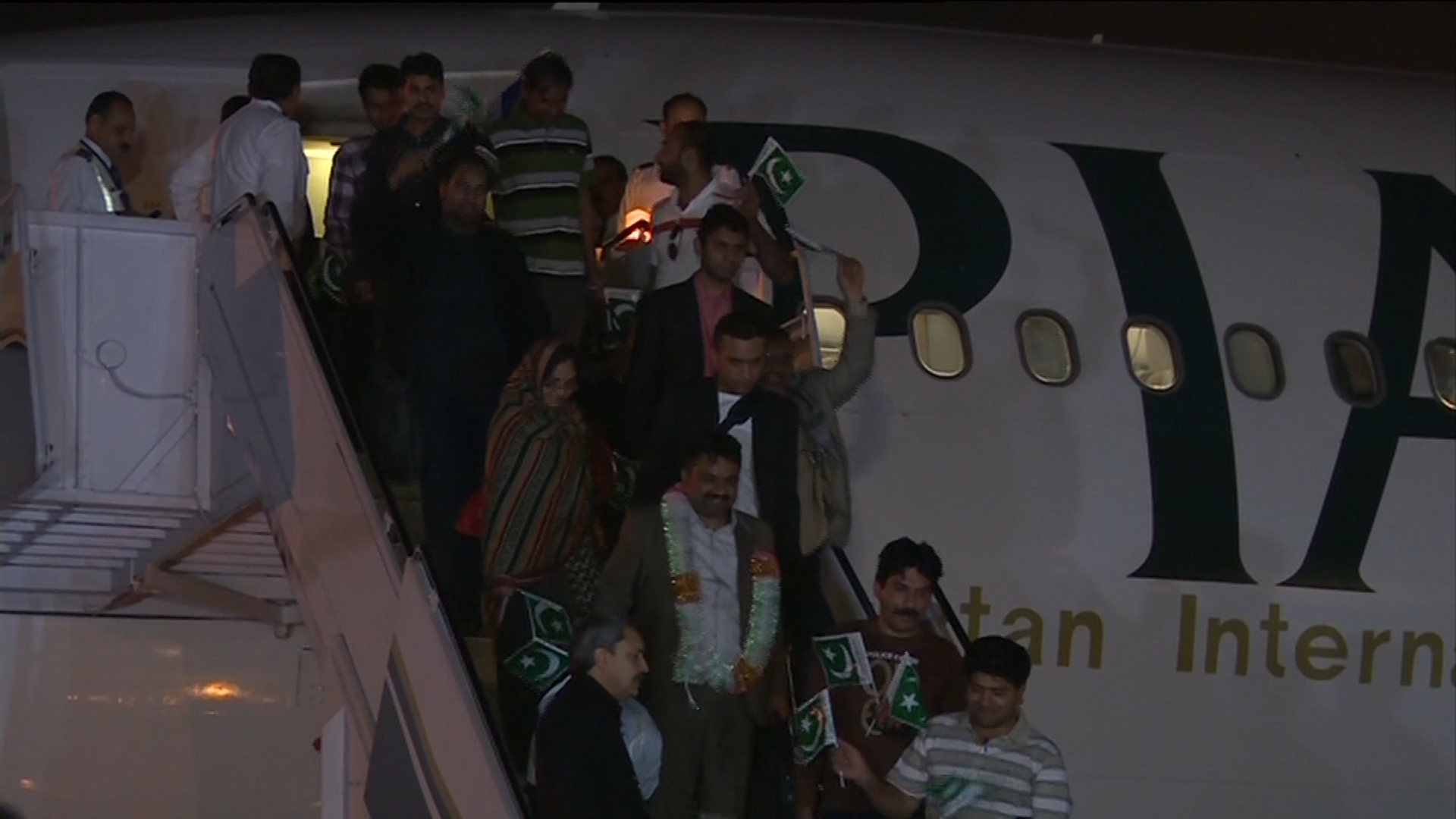 ISLAMABAD (92 News) – The Pakistan International Airlines (PIA) flight from Sanaa landed at the Islamabad Airport on Sunday night, bringing safely 134 Pakistani nationals stranded in Yemen. According to the Foreign Office spokesperson, two Canadian and two Sudanese nationals were also on board. Jubilated and relieved Pakistani nationals came out of the aircraft, some carrying Pakistani national flags thanked the Prime Minister and government for their safe evacuation. Passengers’ relatives warmly welcomed their loved ones. Minister for States and Frontier Regions Abdul Qadir Baloch and other government representatives were also present on the airport to receive the returnees. 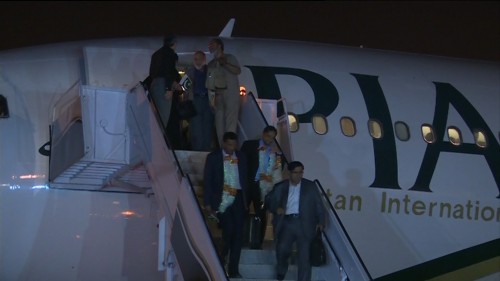 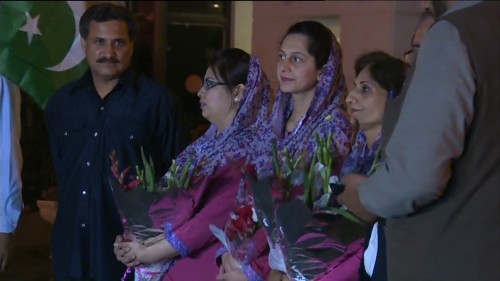 Earlier on Saturday, a Pakistan Navy ship carrying 146 Pakistanis and 40 other nationals left the Yemeni port city of Al-Shihr. It is expected to reach Karachi by April 7. Another Pakistan Navy vessel is en route to evacuate 34 Pakistanis from al Hudeida city.