Honda to test self-driving prototypes at former US naval base 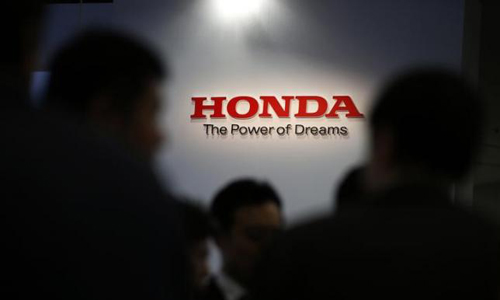 Honda to test self-driving prototypes at former US naval base

DETROIT - Honda Motor Co has joined Daimler AG's Mercedes-Benz in testing self-driving vehicles and technologies on private roads at a former US naval facility outside San Francisco, the Japanese automaker said Tuesday. Honda also is a partner in the University of Michigan's Mobility Transformation Center, which plans to open a similar testing facility called Mcity this summer in Ann Arbor. Honda said it will test prototype versions of its Acura RLX sedan, fitted with sensors and cameras that could be used on future self-driving vehicles. The former naval base has 20 miles of paved roads and a variety of buildings, and will not be open to the public. Honda and Mercedes are using the former Concord Naval Weapons Station to test and develop advanced driver-assistance technologies to improve safety. Before car companies introduce fully self-driving vehicles over the next five to 10 years, those driver-assistance technologies are being phased in with features such as adaptive cruise control and lane-keeping. Honda said the 5,000-acre facility, which the US Navy closed in 2007, is a "controlled environment that can be continuously modified" to test experimental vehicles and systems. Eventually, it will be used by a consortium that includes Honda as well as vehicle insurers, repairers and other auto-related enterprises. Other companies, from supplier Delphi Automotive to Internet giant Google Inc, have been testing prototype self-driving cars on public roads. Delphi on Tuesday expected to conclude a 3,500-mile cross-country drive in a specially equipped Audi SQ5 designed to pilot itself on main highways and freeways. Google has tested heavily modified versions of the Toyota Prius and the Lexus RX 450h on streets near its headquarters in Mountain View, California. The company, which has said it could have a fully autonomous car ready for production within five years, also is testing a small two-passenger driverless "pod" car on a private track in northern California. - Reuters