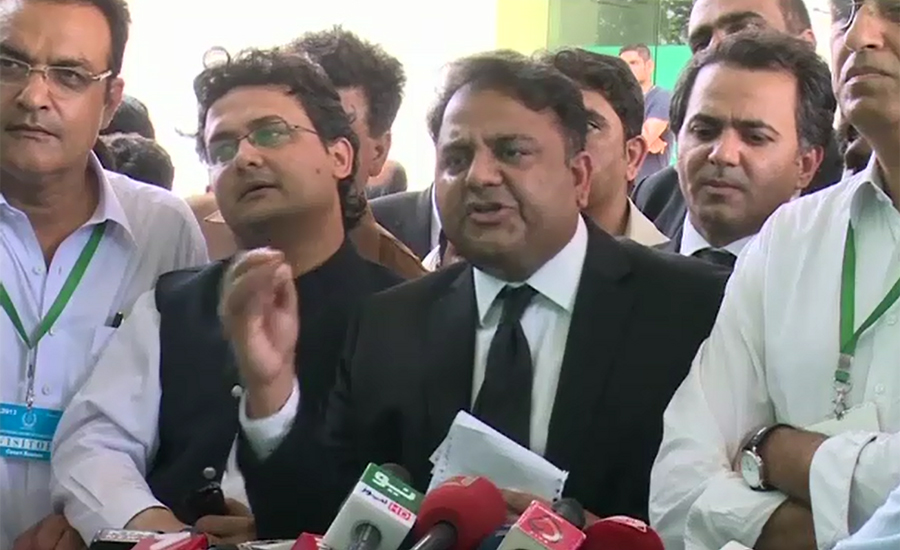 ISLAMABAD (92 News) – PTI leader Fawad Ch has said t hat an honest leadership is needed to lead Pakistan and Nawaz Sharif is not that figure.

Talking to the media on Friday, he said that the prime minister told a lie in the address to the nation, court and the National Assembly.

Asad Umar said that a powerful man is being held accountable first time in the country.

“We will pursue the criminal cases against Nawaz Sharif in courts,” he said.