Thousands of marchers joined the rally in Kowloon, while scores of retirees gathered outside police headquarters on Hong Kong Island. The majority of protesters wore masks over their mouths in defiance of a week-old ban that makes face coverings punishable by one year in jail when worn at rallies.

In Kowloon, a cohort of police wearing riot helmets and banging their plastic shields followed some distance behind, clearing roadblocks left by the march.

Demonstrators chanted a new slogan urging fellow residents to "resist" - and by evening time, many were chanting "see you tomorrow" - a sign that larger demonstrations may be planned for the remainder of the weekend. 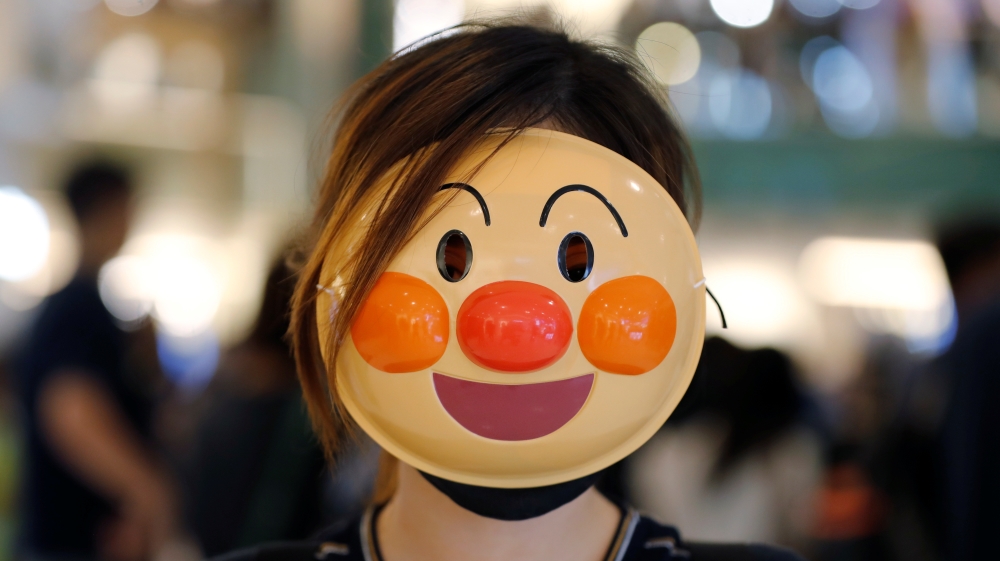 Hong Kong's protests started in opposition to a now-abandoned extradition bill but have widened in four months into a pro-democracy movement and anger at what they believe is China's tightening grip on the semi-autonomous territory. Beijing denies the accusation.
Al Jazeera's Adrian Brown, reporting from Hong Kong, said Saturday's marches drew smaller crowds and were peaceful as compared with a rally last weekend, which spiralled into a night of running battles between protesters and police. Still, Saturday's protests "did not pass without incident", Brown said. "Two metro stations were attacked. One of them had a petrol bomb thrown into it." The police reported on its Facebook page that rioters tossed petrol bombs inside a Kowloon subway station, "posing a threat to the safety of citizens" but causing no injuries. 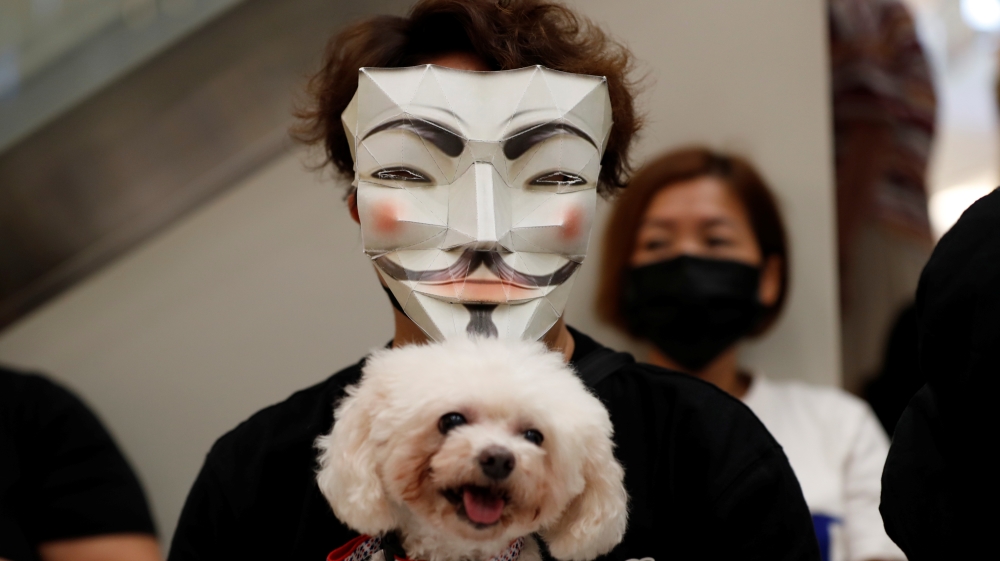 Meanwhile, outside the police headquarters, about 200 people, many of them retirees, gathered peacefully, some shouting abuse at plain-clothes officers who did not intervene. "The young people have already sacrificed a lot, it is about time for us, the senior citizens in Hong Kong to come forward to take up part of the responsibility from the young people," 63-year-old Shiu told local media. "I mean for us, even if we are caught by the police because of an illegal gathering, I don't mind," said Shiu, who was identified with only one name. There were gatherings of several hundred people in other locations, too. A rally in a shopping mall pulled together about 300 people who sang and put up protest posters.
SOURCE: AL JAZEERA AND NEWS AGENCIES