Any hostile action along our frontiers will be responded most befittingly: COAS 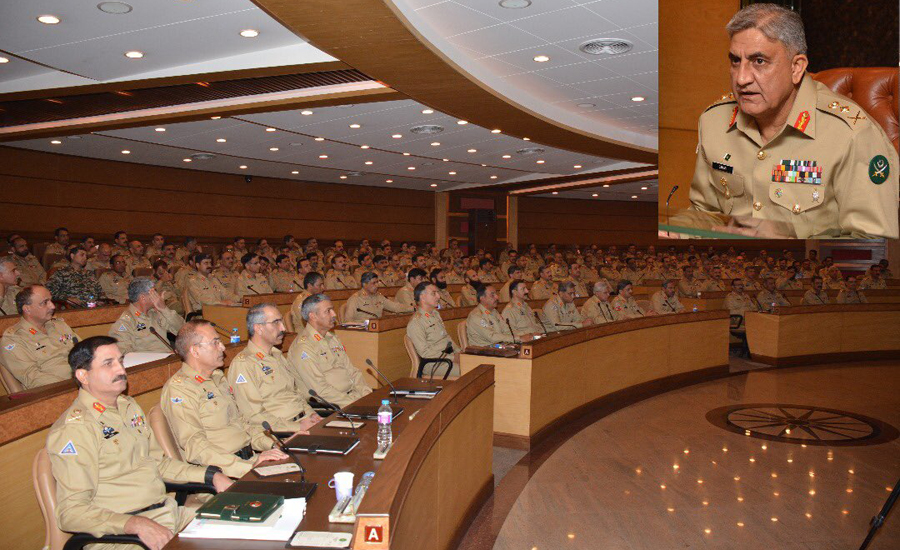 Any hostile action along our frontiers will be responded most befittingly: COAS

The COAS presided over the conference which was attended by all general officers of the Army. Participants were briefed on geo-strategic environment, progress of Operation Raddul Fasaad, operational preparedness against conventional threat and other matters concerning national security.

The COAS said that budding state of stability achieved after countless sacrifices by the security forces, law enforcement agencies (LEAs) and by the nation shall be consolidated to have a normalized Pakistan.

Referring to his recent visits to frontline field formations along eastern and western frontiers, the COAS appreciated the high state of operational readiness and morale of troops, especially displayed in response to recent border/ceasefire violation.

“Not-with-standing our desire for enduring peace with our neighbours, any hostile action anywhere along our frontiers shall be responded most befittingly,” he said.

The forum also deliberated on situation in the FATA, recent measures for better Pak-Afghan border management, impending FATA reforms and reiterated requirement of reform process in line with aspirations of people of the FATA. Improving situation of Balochistan was also deliberated upon.

The forum reiterated its resolve to continue meaningful contributions towards stability and progress of Balochistan with support of its people.

The progress and security of CPEC projects were discussed with emphasis to maintain focus on further securing environment for timely progress of this vitally significant mega initiative. “Karachi operation, operations in Punjab and elsewhere will be continued till sustainable stability is achieved.”

The participants expressed their complete satisfaction with the steps taken at Army level and expressed their resolve to protect geo and ideological frontiers of the country.