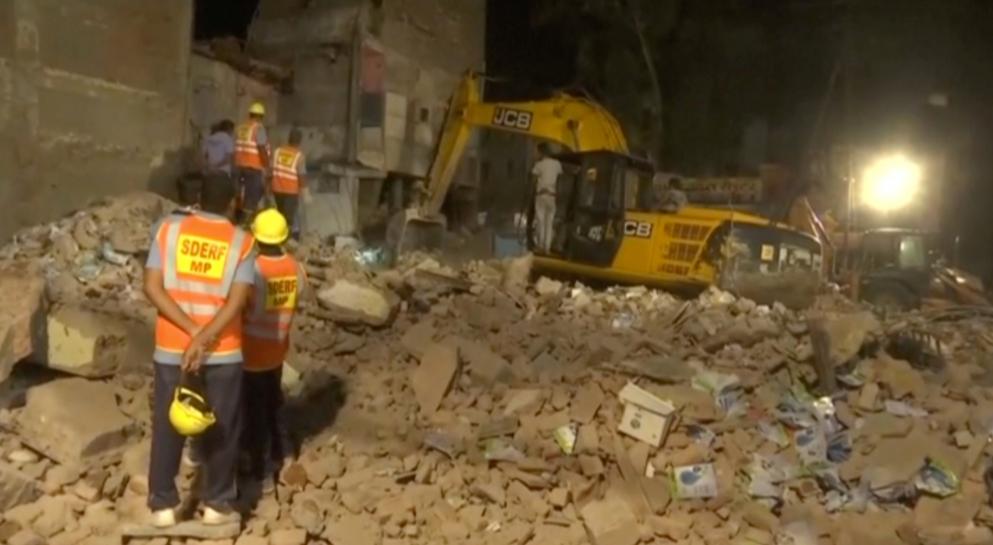 NEW DELHI (Reuters) - Ten people were killed and two were injured when a four-storey hotel collapsed in a crowded part of the central Indian city of Indore late on Saturday, a local police official said. Rescue operations were complete and no other casualties were likely, assistant sub-inspector Ramesh Kirade told Reuters by telephone. While the building was old, the reason for its collapse was not immediately known, Kirade said. According to local news reports, the building collapsed after a heavy vehicle rammed into it. Building collapses are common in India, where unscrupulous builders and officials often dodge regulations or overlook the need to renovate old structures. In August, a 117-year-old building collapsed in the financial hub of Mumbai killing at least 22 people.