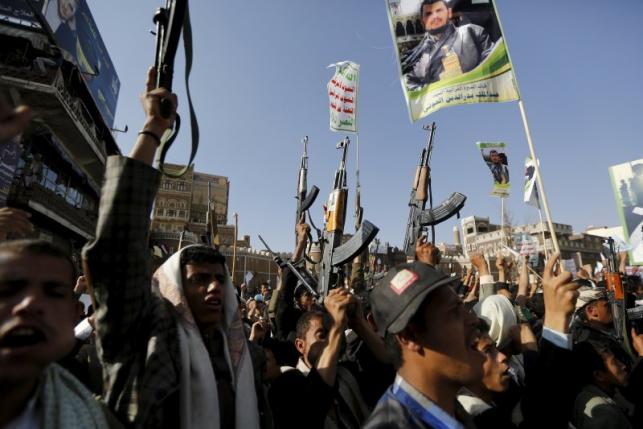 ADEN – Houthi forces pulled back from positions in central Aden after air strikes by the Saudi-led coalition at dawn on Thursday, residents of the southern Yemeni port city said. They said a unit of Houthi and allied fighters, who had advanced in tanks and armoured vehicles through Aden's Khor Maksar district 24 hours earlier, pulled back, although they remained in parts of the neighbourhood. The Houthis' recent gains in Aden, the last major foothold of supporters of Saudi-backed President Abd-Rabbu Mansour Hadi, have happened despite a week of air strikes bySaudi Arabia and a coalition of mainly Sunni Arab allies. Hadi's foreign minister Reyad Yassin Abdulla appealed on Wednesday for more effective international action to halt the Shi'ite, Iran-allied fighters before they take over the city entirely. In the Arabian Sea port of Mukalla, 500 km (300 miles) east of Aden, suspected al Qaeda fighters stormed the central prison and freed 150 prisoners, some of them al Qaeda detainees, sources in the local police and administration said. They named one of them as Khaled Batarfi, whom they described as a prominent figure in Al Qaeda in the Arabian Peninsula, a powerful regional wing of the global militant jihadist movement. Soldiers loyal to Hadi clashed with the suspected al Qaeda fighters in the city early on Thursday, residents said. The Houthis, allied to former president Ali Abdullah Saleh, took over the Yemeni capital Sanaa six months ago and control much of the country, which also faces a southern secessionist movement, tribal unrest, and a powerful regional wing of al Qaeda based in the centre and east of the country. Residents also reported air strikes overnight on the coastal town of Shaqra, which is under Houthi control and lies on the coast between Aden and Mukalla. –Reuters