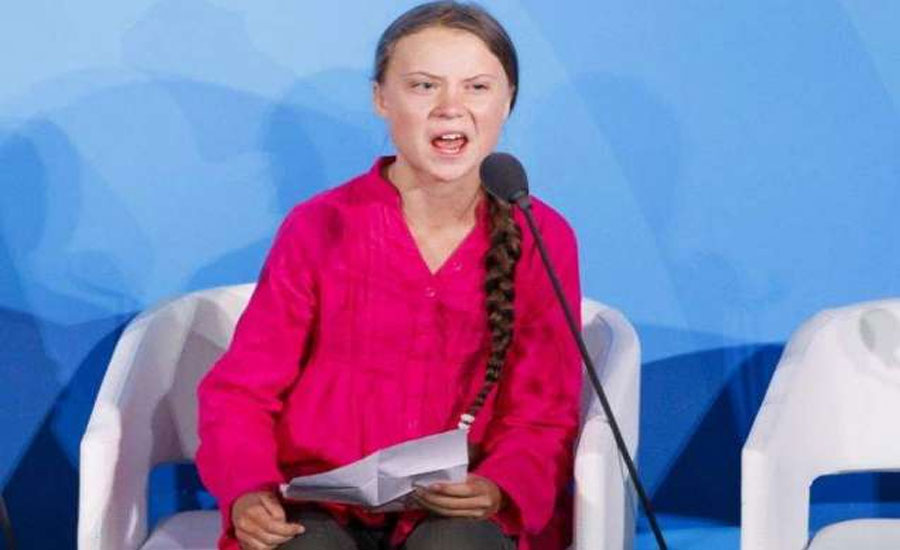 NEW YORK - A visibly angry Greta Thunberg berated world leaders as she addressed a UN climate summit on Monday, accusing them of betraying her generation by failing to tackle greenhouse gas emissions and asking "How dare you?" The Swedish teen, who has become the global face of the growing youth movement against climate inaction, began by telling her audience: "My message is that we'll be watching you," eliciting laughter.
But it was soon clear that the tone of the message would be very serious. "This is all wrong. I shouldn't be up here. I should be back at school on the other side of the ocean," the 16-year-old, who is taking a year off from her studies, said. "You come to us young people for hope. How dare you?" she thundered. "You have stolen my dreams and my childhood with your empty words, yet I'm one of the lucky ones. People are suffering, people are dying, entire ecosystems are collapsing. "We are in the beginning of a mass extinction, and all you can talk about is the money and fairy tales of eternal economic growth. How dare you!" She added that in her talks with leaders, she had been told that the youth were being heard and the urgency was understood. "But no matter how sad and angry I am, I do not want to believe that, because if you really understood the situation and still kept on failing to act, then you would be evil, and that I refuse to believe." Thunberg, who often appears uncomfortable in the limelight and is seen as a reluctant leader, then detailed the various targets that were being missed, heightening the risk of "irreversible chain reactions beyond human control." She also took aim at the summit called by Secretary-General Antonio Guterres to ask countries to expand their commitments saying: "There will not be any solutions or plans presented in line with these figures here today because these numbers are too uncomfortable, and you are still not mature enough to tell it like it is." "You are failing us," she concluded. "But the young people are starting to understand your betrayal. "The eyes of all future generations, are upon you, And if you choose to fail us. I say, we will never forgive you!" SOURCE: AFP