Howe wants young Cherries to ripen into pick of the bunch 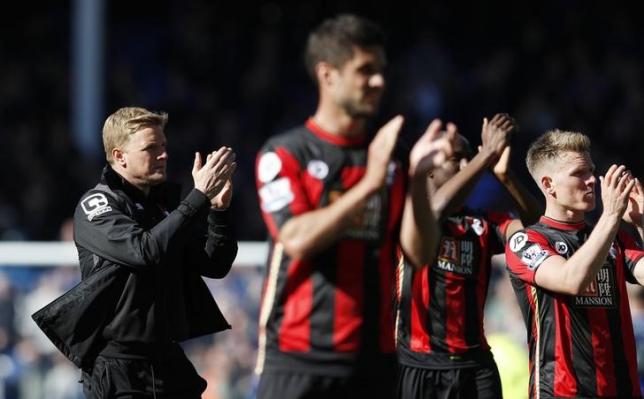 Howe wants young Cherries to ripen into pick of the bunch

LONDON - Manager Eddie Howe is focussed on ensuring young players coming through the ranks at Bournemouth can fulfil their potential and even go on to forge international careers. Bournemouth appear set to give academy graduates first team opportunities this coming season after selling four players, including captain Tommy Elphick, leaving them with just one senior central defender, Steve Cook. The Cherries, however, have brought in two 20-year-olds, English winger Jordon Ibe and United States international Emerson Hyndman, and Howe said the prospect of moulding such youngsters into top-quality players had excited him. "That has to be the aim, to take all of these boys to new levels. If that means the national team then so be it but my only concern is getting them playing to their full potential for Bournemouth," Howe told British media. "We have always traditionally brought in young talent, moulded them and worked with them and made them better. I am really excited by the group we have: it's young, it's dynamic and there's a lot of potential for players to get better. "This summer we have sold a couple of key players but we've replaced them hopefully with players of huge potential. I think that is the beauty, from my perspective: to work with such young players and try to get the best out of them." Bournemouth, who finished 16th in the Premier League last season, will kick off their new campaign when they host Jose Mourinho's Manchester United at the Dean Court on Aug. 14. -Reuters