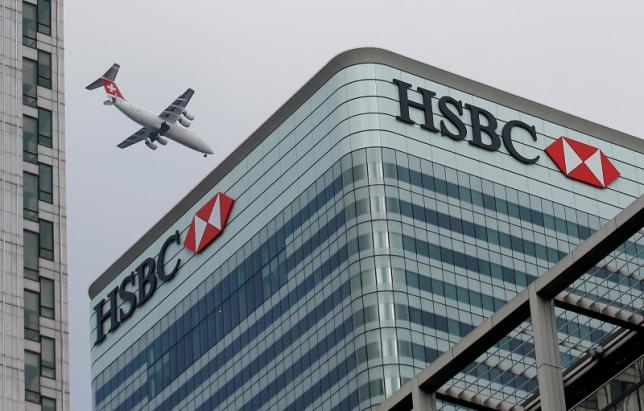 LONDON/HONG KONG - Banking group HSBC Holdings (HSBA.L) has decided to keep its headquarters in Britain, rejecting the option of shifting its centre of gravity back to its main profit-generating hub Hong Kong after a 10-month review.

The decision by HSBC's board, which Europe's biggest bank said was unanimous, gives a boost to London's status as a global financial centre, under threat since the financial crisis of 2007-09 from tougher regulation and rising costs.

Some investors had encouraged HSBC to consider leaving Britain, partly because of a tax on banks' global balance sheets brought in after the financial crisis which had cost it $1.1 billion (£757.31 million) in 2014.

But following extensive lobbying British finance minister George Osborne said in July he would halve the levy and, crucially for HSBC, no longer apply it to the overseas assets of British banks, part of efforts to help to keep Britain an attractive place for banks.

That sparked accusations HSBC had used the threat of moving to force the British government to rein in the tax, a suggestion the bank denied.

"We had no negotiation with the government," HSBC Chairman Douglas Flint told BBC radio on Monday. "The government was very well aware of our view, indeed the view of many other people who commented on it (the bank levy), but there certainly was no pressure put on, or no negotiation".

A Reuters analysis showed that moving to Hong Kong might have actually increased the bank's tax burden.

The decision comes at the end of a tumultuous period for European banks, whose shares have tumbled on fears of a global economic slowdown and the impact on earnings from a prolonged period of low or negative interest rates.

HSBC shares are down more than 30 percent from last April when the group began its headquarters review, hit by China's flagging economic growth and market turmoil.

"It would have been a bloody big job to move. And until the UK government started attacking the likes of HSBC, they didn't have any desire to move," said Hugh Young, managing director of Aberdeen Asia Management, one of HSBC's top 10 investors.

"The tax concessions are a good thing. What Gulliver needs to do now is tidy up the bank."

For Hong Kong, the chance of luring back HSBC, short for Hongkong and Shanghai Banking Corp, to its birthplace and to the heart of its Asian growth strategy has been lost for now.

"London is one of the world's leading international financial centres and home to a large pool of highly skilled, international talent," HSBC said in a statement. "It remains therefore ideally positioned to be the home base for a global financial institution such as HSBC."

Analysts estimated the cost of moving out of London at between $1.5 billion and $2.5 billion, a hefty bill to swallow unless HSBC was going to achieve clear tax and regulatory advantages.

The decision comes despite London facing a potentially disruptive challenge if Britain were to vote to leave the European Union in a highly unpredictable referendum.

"They’ve looked carefully and dispassionately at the facts and confirmed that the UK is the best place to base a global business," a spokeswoman for the UK's Treasury said in a statement. The bank's shares opened up 1 percent in London, trailing a 4 percent gain in Hong Kong.

Hong Kong, where HSBC was founded about 150 years ago and where it employs more than 20,000, was considered the strongest relocation candidate as it accounts for 46 percent of HSBC's pre-tax profit.

But gyrations in Chinese markets coupled with concerns about China's growing influence over Hong Kong had helped make it more likely the bank would stick to London.

HSBC said it remained committed to its Asia "Pivot" strategy, under which it plans to invest more into China's Pearl River Delta, an industrial region of more than 42 million people north of Hong Kong which already accounts for half of HSBC's China revenue.

The Hong Kong Monetary Authority, which had earlier said it would welcome an HSBC move to Hong Kong, said it respected the board's decision to maintain the status quo. -Reuters