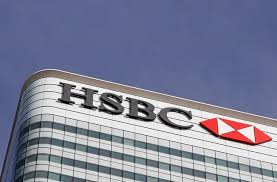 NEW YORK (Reuters) - HSBC Holdings Plc has agreed to pay $100 million (£71.3 million) to end private US litigation accusing it of conspiring to manipulate the Libor benchmark interest rate, becoming the fourth major bank to settle. The preliminary accord with “over-the-counter” investors that transacted directly with banks on a panel to determine Libor, or the London Interbank Offered Rate, was disclosed in filings on Thursday with the US District Court in Manhattan. Court approval is required. Settlements with the OTC investors total $590 million so far, and include $120 million with Barclays Plc, $130 million with Citigroup Inc and $240 million with Deutsche Bank AG. HSBC denied wrongdoing, but settled to avoid the risks, costs and distraction of litigation, court papers show. A spokesman was not immediately available to comment. Banks use Libor to set rates on hundreds of trillions of dollars of credit card, mortgage, student loan and other transactions, and determine costs of borrowing from each other. Investors including the city of Baltimore and Yale University in Connecticut had accused 16 banks of conspiring to manipulate Libor. The private litigation began in 2011. Banks have paid roughly $9 billion to settle Libor-rigging probes worldwide. Last July, the head of the U.K. Financial Conduct Authority said that regulator will phase out Libor by the end of 2021, citing a lack of data to underpin it. The case is In re: Libor-Based Financial Instruments Antitrust Litigation, US District Court, Southern District of New York, No. 11-md-02262.