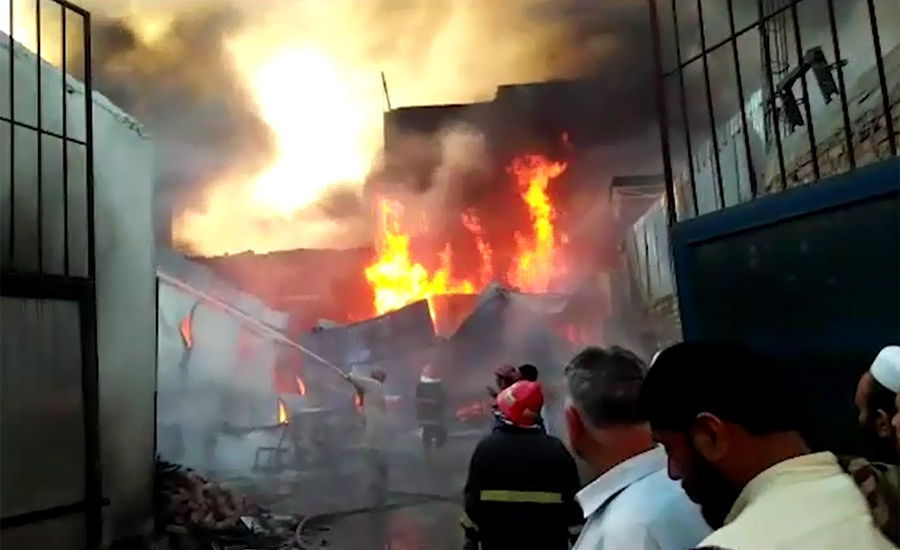 RAWALPINDI (92 News) – A major fire engulfed the oil godown in Rawalpindi’s Westridge Valley on Friday morning. The fire, which started in the wee hours of Friday, affected nearby residential buildings as it quickly spread to neighboring buildings in just a few minutes. On information, fire fighters rushed to the spot and were struggling to bring under control the fire that erupted in an oil godown (storage facility). Valuables worth millions of rupees were gutted in the fire. The buildings near the oil storage facility were evacuated due to 'fire safety' concerns.