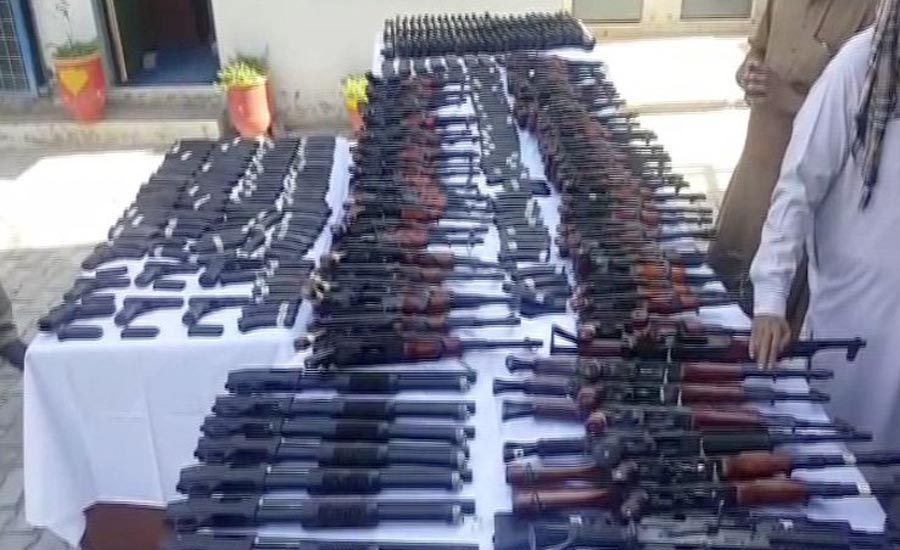 SHEIKHUPURA (92 News) – Police have on Monday foiled a major terror plot by recovering huge cache of weapons hidden in a vehicle in Sheikhupura.

As per details, the police tried to stop a car heading towards Lahore from Islamabad via the Motorway but the driver tried to flee, on chasing by the Motorway Police the car collided with road divider near Kot Pindi.

The driver of the car managed to flee but the law enforcers confiscated arms including 100 rifles, 7 pistols and bullets along with cement from the car.

The arms were hidden in a secret compartment in the car. The law enforcers acted on a tip and foiled a major terror plot.